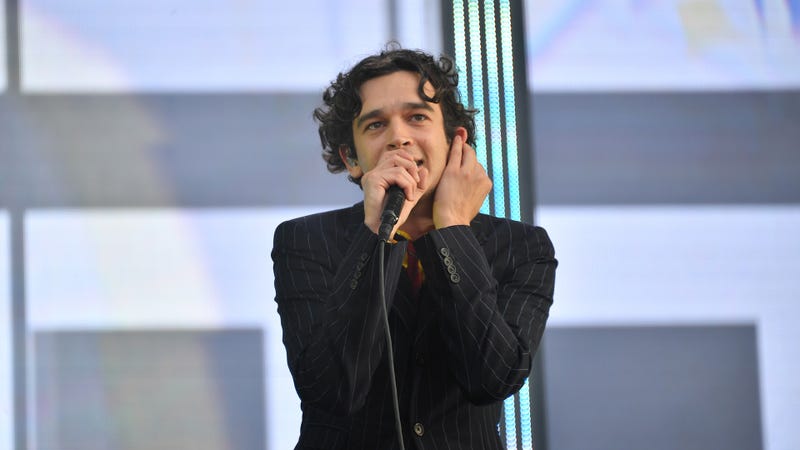 It looks like new music from Matty Healy and The 1975 is officially on the way, after posters featuring the band’s artwork, dates, and a tracklist have shown up around Londontown.

Additionally, frontman Healy and The 1975 proper have dropped social media posts nailing down a formal drop date of July 7 for the first single, "Part of the Band," and the official title for their follow-up to 2020’s Notes On A Conditional Form.

According to flyers posted around London, the band's 11-track, fifth studio album is titled Being Funny In A Foreign Language. Listen to the 10-second teaser, plus see the lyrics to "Part Of The Band," as well as the record's full reported tracklisting below.

The 1975 - Being Funny In A Foreign Language

This summer, the band is also scheduled to hit the stage over two dates at Japan’s Summer Sonic Festival.