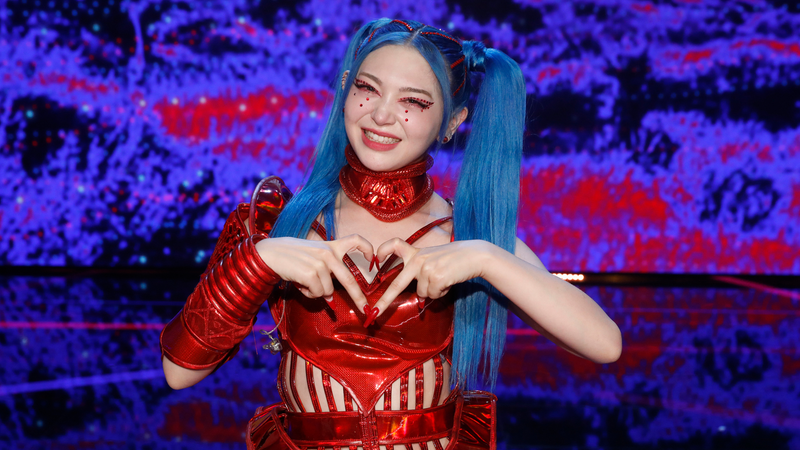 The first season of American Song Contest has come to an end, and after artists from all over America competed against each other, one contestant came out on top.

For All K-pop, all the time, listen to Audacy's K-Bops now

Based on Europe’s song competition Eurovision, American Song Contest, hosted by Snoop Dogg and Kelly Clarkson, debuted on March 21, 2022 and lasted for an eight-week run, airing every Monday.

Starting with 56 artists, representing the 50 states, five U.S. territories and the capital, the competition consisted of three qualifying rounds, followed by the semifinals and an ultimate grand final, where one out of 10 artists representing a state or territory would end up the winner.

Meet AleXa, the K-Pop singer from Oklahoma, who won with the song “Wonderland.”

Beating out nine other artists, including four time GRAMMY winner Michael Bolton, to take the title, AleXa, who’s found previous success in her second home, Korea, revealed "it felt like my brain exploded" when the American Song Contest results were revealed.

Talking to Billboard about the emotions of the moment, she said, "my mother was holding onto my arm and she was crying and shaking and so I cried with her.”

"Wonderland is a very complex staging routine,” she said of her Alice-in-Wonderland-themed track. Admitting, "I love stunts. I love doing falling things. I'm not afraid of heights,” which totally checks. After all, she did perform it throughout the competition while rocking different elaborate outfits, against various colorful stage sets, while doing intricate choreography, including a crazy scary backwards fall from the top of a staircase. “If we had a scale from one to 10, this is definitely an 8.5," she said ahead of her final performance.

Similar to the Eurovision voting rules, a National Jury of 56 music experts would cast their votes each episode, before a public vote was added to the tally. And while for the finale, the Jury of experts picked Washington State's Allen Stone, the public votes counted more, leading AleXa to be crowned the winner.

Thank you so much to every single person working behind the scenes! The songwriters, my fellow contestants, my friends, family, & loved ones…Zanybros & ZB Label…and my fellow Oklahomans- thank you for supporting me!! A.I TROOPERS I LOVE YOU!#AmericanSongContest #AleXaOnASC pic.twitter.com/8foJyH96w4