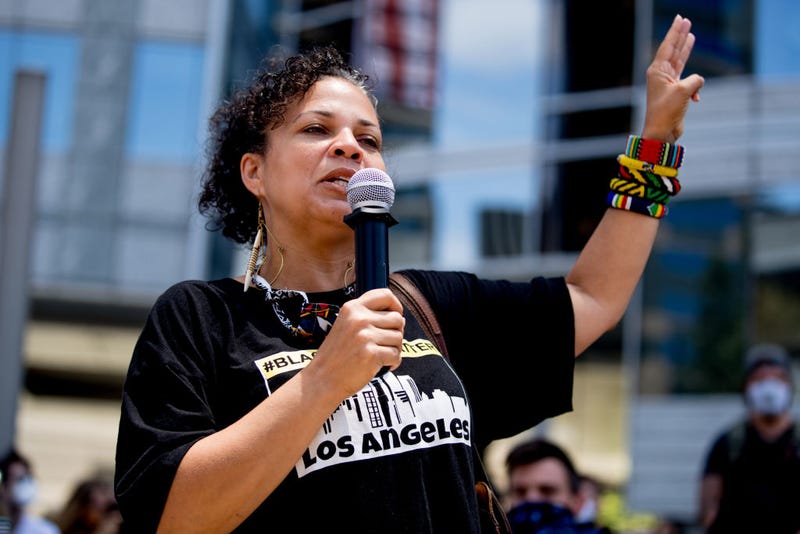 Melina Abdullah, the co-founder of Black Lives Matter L.A. and a prominent Los Angeles activist, sued the city as well as the Los Angeles Police Department for the way the department responded to a “swatting incident” at her house last year.

According to the L.A. Times, in August 2020 a man called 9-1-1 and falsely claimed that people were being held hostage at Abdullah’s home. This led to officers swarming Abdullah’s house until she walked out of her home with her hands up. Abdullah streamed the incident on Instagram live.

Authorities later determined the call was a swatting incident, which is when someone calls authorities in a false emergency to draw them to a location.

The lawsuit claims the LAPD’s response was meant to intimidate her due to her activism and said the officers should have known the call was a hoax.

Although the department has defended the officers’ actions, LAPD spokesperson Capt. Stacy Spell told the Times “the department could not comment on pending litigation.”