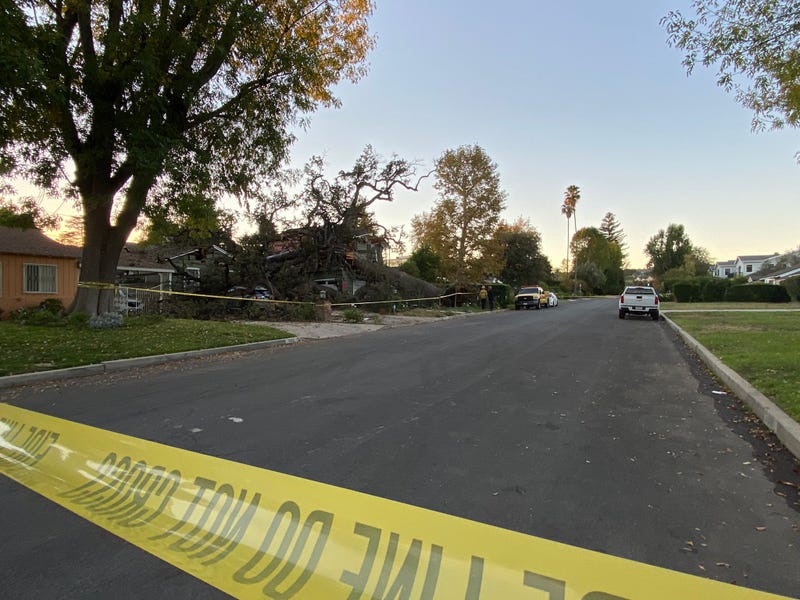 ENCINO (CNS) - Authorities today identified a man who was killed when a massive tree fell into a two-story house in Encino.

Dennis Franks, 64, died at the scene of his injury, which occurred about 11:15 p.m. Sunday in the 5000 bock of North Odessa Avenue, according to the Los Angeles County coroner's office and the Los Angeles Fire Department.

Franks was in a bedroom when the tree fell onto the structure, LAFD Capt. Cody Weireter told reporters at the scene. Two other occupants of the residence escaped safely.

The scene in #Encino, where a big tree fell on a house, leaving a man dead. This happened late last night. @KNX1070 pic.twitter.com/5UjbZIPFRA

The oak tree was estimated to weigh 100,000 pounds, the Los Angeles Times reported. Authorities said the weather conditions were calm when the tree fell. 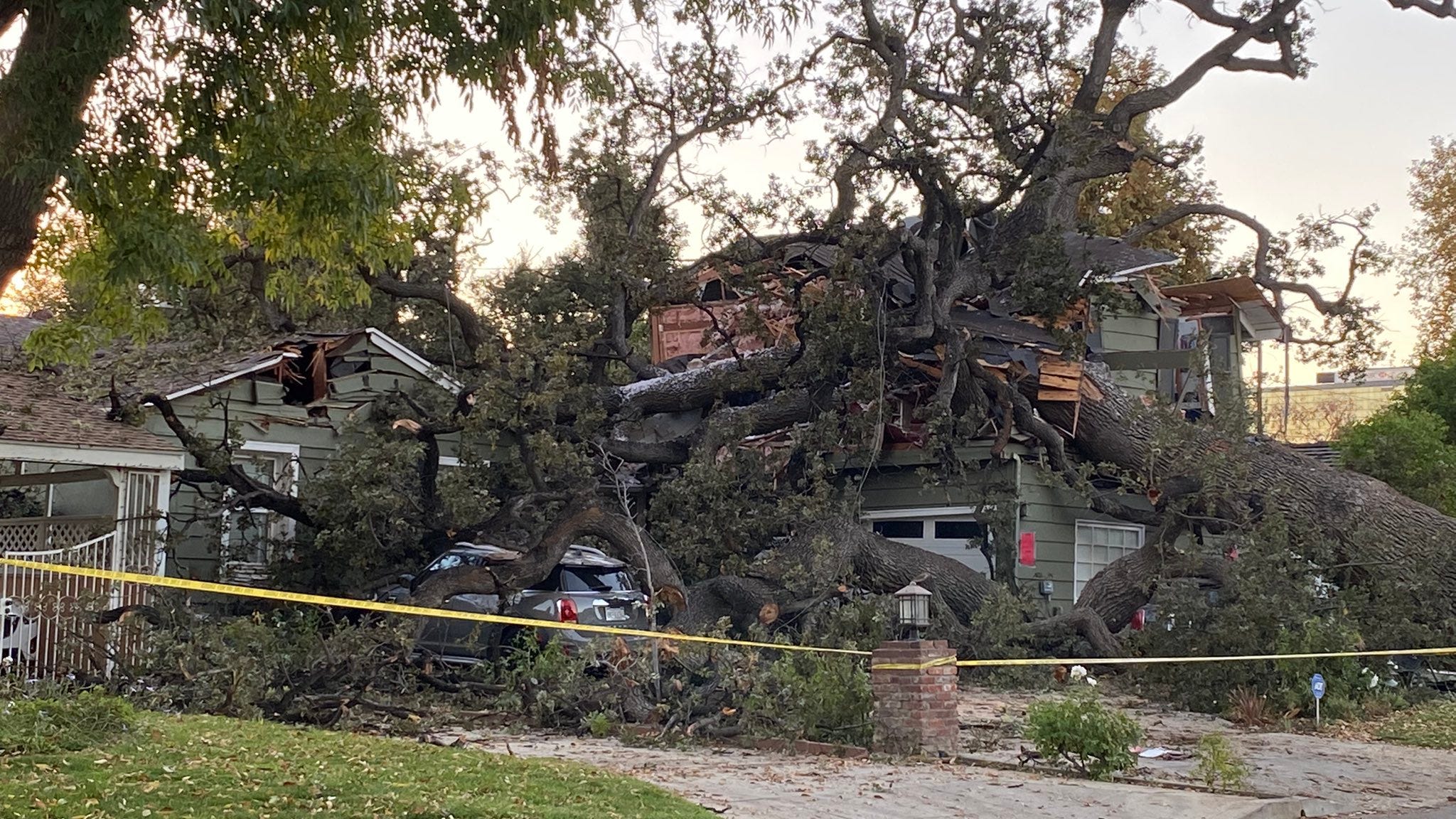