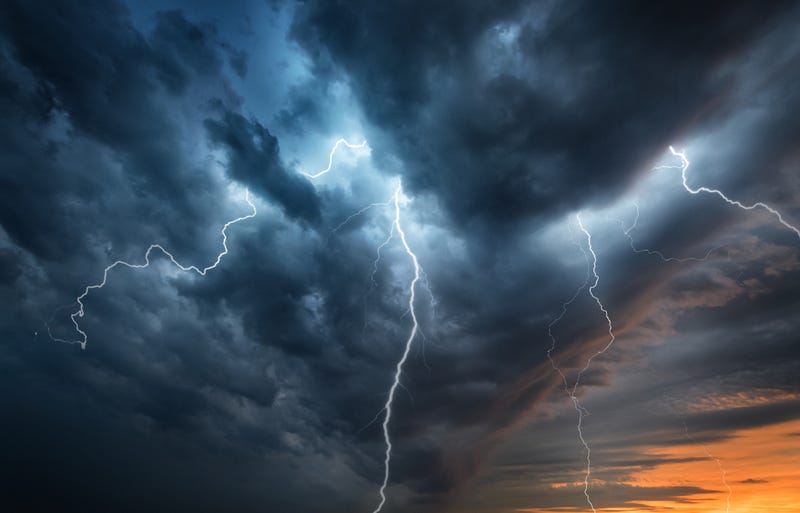 The National Weather Service said the convective activity started shortly after 2 p.m., with storm cells moving east to west across swaths of the Coachella Valley, Hemet Valley and the Riverside metropolitan area.

A lightning bolt reportedly triggered a tree fire near a Palm Springs golf club, and the Hemet Fire Department said power lines went down near the center of the city about 3:30 p.m. However, there were no reports of significant electrical service disruptions.

As of 4:30 p.m., SoCal Edison said there were five small-scale outages countywide, with the largest impacting the Lake Mathews area south of Riverside, where about 350 customers were in the dark.

Few traffic disruptions were reported in connection with the thunderstorms.

The NWS said no part of Riverside County recorded over a half-inch of rain.

The largest cumulative total as of 4:15 p.m. was in Desert Hot Springs, where .47 inches of precipitation fell. Thomas Mountain, near Idyllwild, received .4 inches, but March Air Reserve Base in Riverside reported only one-tenth of an inch, according to the Weather Service.

As of 5 p.m., most of the inclement weather in Riverside County was dissipating as it rotated farther west and headed offshore, meteorologists said.