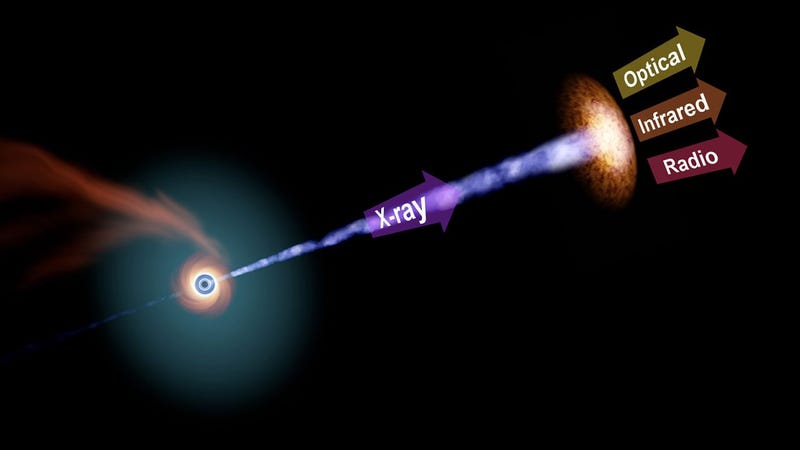 Stargazers may have noticed a blindingly bright flash of light in the night sky back in February. Now astronomers have revealed its source.

The burst came from a star that was ripped to shreds when its orbit took it too close to a supermassive black hole.

The incident, known as a tidal disruption event, took place in the distant past. The location of the explosion was 8.5 billion light years away.

This particular explosion was so bright because the jet of material forced through space was aimed right at Earth, scientists surmised in a Nature Astronomy report released Wednesday.

“Gamma-ray bursts are the usual suspects for events like this,” study coauthor Dr. Benjamin Gompertz said in a statement. An assistant professor at the University of Birmingham in the United Kingdom, Gompertz led the gamma-ray burst comparison analysis for the paper.

“However, as bright as they are, there is only so much light a collapsing star can produce. Because AT 2022cmc was so bright and lasted so long, we knew that something truly gargantuan must be powering it — a supermassive black hole,” Gompertz added.

The signal from the explosion, labeled AT2022cmc, was first picked up by the Zwicky Transient Facility in California.