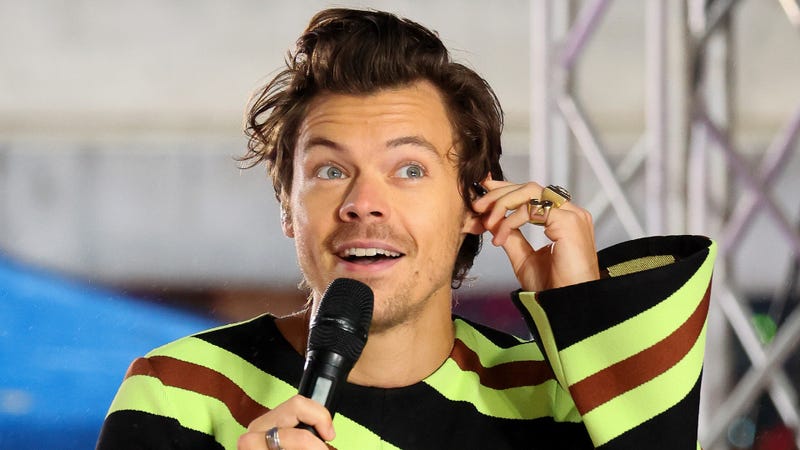 Harry Styles is fresh off the release of his latest record Harry’s House, an album that arrived at the perfect time in his career.

Styles dropped his third solo album Harry’s House on May 20 as he has admitted the record reflects who he is both as a person and as a musician. That feeling is something fans have noticed when listening to the record as the latest episode of the Rolling Stone Music Now podcast sees Brian Hiatt, Brittany Spanos, and Rob Sheffield breaking down the album track-by-track.

“He’s having Pop hits very much on his own terms. His Rock influences and his vintage R&B influences are very much his own,” Hiatt said of Styles’ ability to blend various sounds together to create his own.

Sheffield noted that Harry’s House “is an album where he’s not really worried about winning everybody over.” Plus, it helps that Styles has a band that he trusts and works well with. “You can’t make an album like this with hired guns. You have to have people to get it and follow your lead, musically and artistically,” Sheffield said.

The record is full of various emotions that can swing from song-to-song. Sometimes, it’ll swing right in the middle of a song. “There’s a lot of silly moments, there’s a lot of really heart-wrenching moments,” Spanos said. “Sometimes they come in the same song back-to-back. It’s a really fun album and I feel like [it’s] the first one where pretty much every single song on there could in fact be a single.”

Listen to the full Rolling Stone Music Now episode above as Hiatt, Spanos, and Sheffield break down Harry's House track-by-track, now playing on Audacy -- and follow along for more conversations with the writers and editors of Rolling Stone, bringing listeners inside the biggest stories in music.