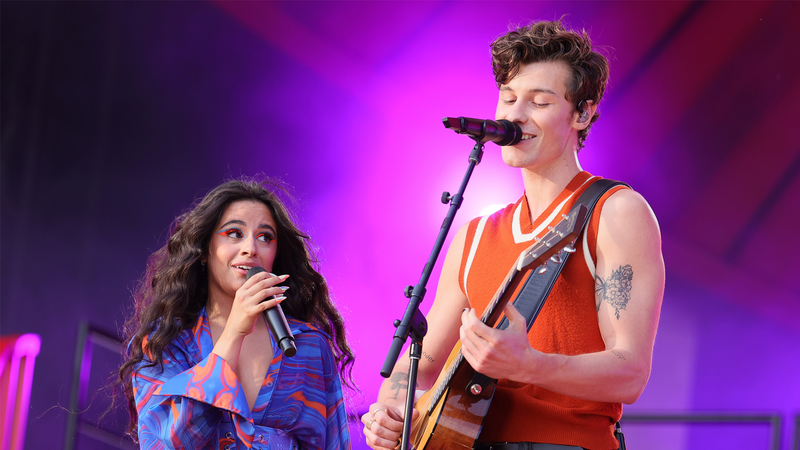 It’s not breaking news that Shawn Mendes and Camila Cabello are no longer a couple. And if you’re like us, then you too still haven’t recovered from their split— because in truth no amount of time will ever be enough.

However, since their joint break announcement on Instagram back in November, in which they assured us all they “will continue to be best friends,” the former duo has kinda trolled our fragile emotions, whether it be intentional or most likely not.

Earlier this month the exes were seen and photographed out and about in Miami. And before that, almost immediately after the split… okay fine, a few weeks after, Shawn released “It’ll Be Okay,” a break-up single that literally none of us we’re prepared for.

Well, now, Shawn is teasing that more music is headed our way. Asking his over 66 million followers, "y’all dig this ?" in the caption, Shawn shared a bit of what he’s been work on. And while it was just a snippet, we at least know the lyrics, "Move on / I don't wanna know what it's like when you're gone,” are sung at some point within the yet to be release track.

Then, as if our excitement level wasn’t already on the rise, Camila had to go ahead and level it up by leaving a playful comment on Shawn’s post. Writing, “Ur crazy wildcat,” which is obviously a High School Musical reference. And more precisely what Gabriella (Vanessa Hudgens’ character) told her love interest Troy (Zac Efron) in the movie. And while the actors who also date IRL) weren’t end game, their HSM characters were — and makes us hopeful Shawmilla is too.

But until the fateful day comes, we keep ourselves busy obsessing over the news of new Shawn Mendes music and overthinking Camila’s comment.