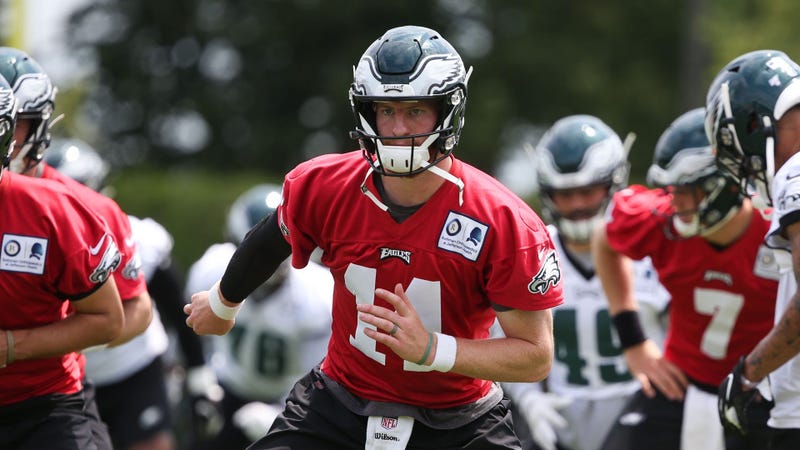 The ink is dry, the minicamp is over and the offseason is here for quarterback Carson Wentz and his new mega-extension.

Since the deal was done and announced there has been plenty of debate on whether it was the right decision. It is fair to wonder if the Eagles should have waited a year.

Once the decision was made, however, it sure seems like general manager Howie Roseman got his franchise quarterback signed to a team-friendly deal.

Now that the numbers for the Wentz mega-extension are known, it is possible the Eagles have Wentz signed to an extension where he is never in the top five of his position in cap hits or salary. That is pretty amazing when you consider almost every big extension in the NFL these days usually come with record-setting numbers.

Wentz did get the most guaranteed money in NFL history, but even with handing out that kind of money, his deal isn’t one of the most expensive in the NFL from a salary-cap perspective.

Here is a look at how Wentz’s deal currently ranks among other NFL quarterbacks:

Between now and 2021, the first year where Wentz gets into the top five, there will be other contracts signed by quarterbacks. Jared Goff, Dak Prescott and Patrick Mahomes will all, presumably, get big deals. Mahomes’ deal, almost without question, will be bigger than Wentz’s. It is possible that Prescott’s deal is as well. If Goff doesn’t sign one this offseason, and has another solid year for the Rams where they make a playoff run, his deal likely will be bigger.

Take those three — plus other contracts that will without question come that we can’t project right now — and there is a very strong chance Wentz is never in the top 5 of any meaningful category during this contract.