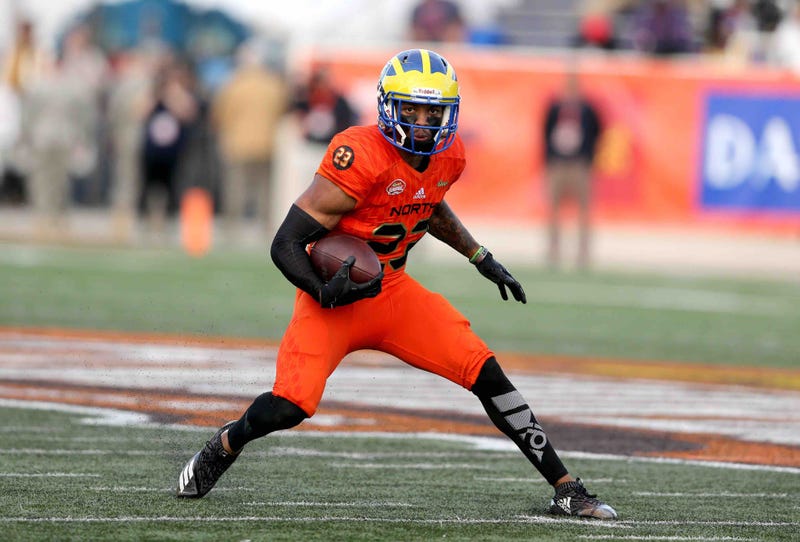 With the Senior Bowl now in the books, the focus around the 2019 NFL Draft will turn to the NFL Combine, which is just one month away.

Mock Draft season, however, is already in full swing.

Here is a roundup of which players some of the top NFL Draft analysts predict the Eagles will select, with my opinion on each of the picks:

Dexter Lawrence, DT, Clemson (Bucky Brooks, NFL.com)
Brooks writes: The Eagles have joined the ranks of the NFL elite by investing heavily in the offensive and defensive lines. Lawrence is a rugged nose tackle with the size and strength to erase runs between the guards while also collapsing the pocket with bull rushes on passing downs.

My take: There is no denying the Eagles have a need along the defensive line. The question is how bad the need is at defensive tackle, and the answer to that depends on if Timmy Jernigan is back. Jernigan has a $13 million cap hit in 2019, and although it is unlikely he sticks at that number, the Eagles could definitely use him back next season. Still, even if Jernigan does return, the Eagles could use some youth at defensive tackle. Lawrence would be a steal at No. 25, as in most drafts he likely wouldn't last all the way to the bottom of the first round. The depth at defensive line in this draft, however, could drop him into the Eagles' lap. If he is there, the team should strongly consider taking him, and pairing Lawrence with Fletcher Cox for years to come.

Montez Sweat, DE, Mississippi State (Mel Kiper Jr., ESPN.com)
Kiper writes: With free agents Brandon Graham and Chris Long potentially moving on, Philadelphia could add some pass-rush help here. At 6-foot-6, 241 pounds, Sweat is a rangy prospect who is athletically gifted. And he produced, racking up 22 sacks the past two seasons. Receiver is also a position to watch, as Golden Tate and Mike Wallace are both on the free-agent market.

My take​: Sweat by all accounts had a strong showing at the Senior Bowl, a game the Eagles have traditionally liked to grab players from. Defensive end is an even bigger need than tackle for the Eagles, especially if Brandon Graham walks as a free agent. As Kiper mentions, the 22 sacks that Sweat has over the last two seasons is extremely impressive, and production is one thing the Eagles' current front office seems to really value in draft picks, as opposed to prioritizing measurables and potential.

Andre Dillard, OT, Washington State (Chris Trapasso, CBS Sports)
Trapasso writes: Dillard is a pass-blocking wizard, and he stoned edge-rusher after edge-rusher at the Senior Bowl thanks to his smooth footwork and surprising power. He could start as a rookie or learn from Jason Peters for a year, which would be ideal for him and the Eagles.

My take​: Dillard, like Sweat, had a strong showing at the Senior Bowl. The Eagles have not really invested in the offensive line through the draft recently, but this could be the year that changes, especially if Jason Peters doesn't return. Even if he does, however, the Eagles need to start planning for his replacement. Dillard seems to be viewed as more of a project than a ready-to-play starter.

Nasir Adderley, S, Delaware (Ryan Wilson, CBS Sports)
Wilson writes: Adderley made a name for himself over the final months of the season and the FCS standout could find himself among the first 32 players taken. He’ll have a chance to prove himself at the Senior Bowl and the biggest question might be his size -- is he big enough to play safety over the course of an NFL season -- because every other aspect of his game checks all the boxes of what teams look for in a defensive back. Either way, Corey Graham is 33 and is headed for free agency and ranked 57th among all safeties, according to Pro Football Focus. The Eagles need to upgrade the position.

My take​: Even if safety Rodney McLeod is back in 2019, which he likely will be, the Eagles still need to draft a safety to play behind McLeod and Malcolm Jenkins in the crucial third-safety spot for the Eagles. Considering the team's need along the offensive and defensive line, it would be surprising if they went with a safety with their first-round pick. The reviews from Adderly's week at the Senior Bowl were not great, so he might be a bit of a reach in the first round, but it wouldn't be surprising if the Eagles considered him with one of their two second-round picks.