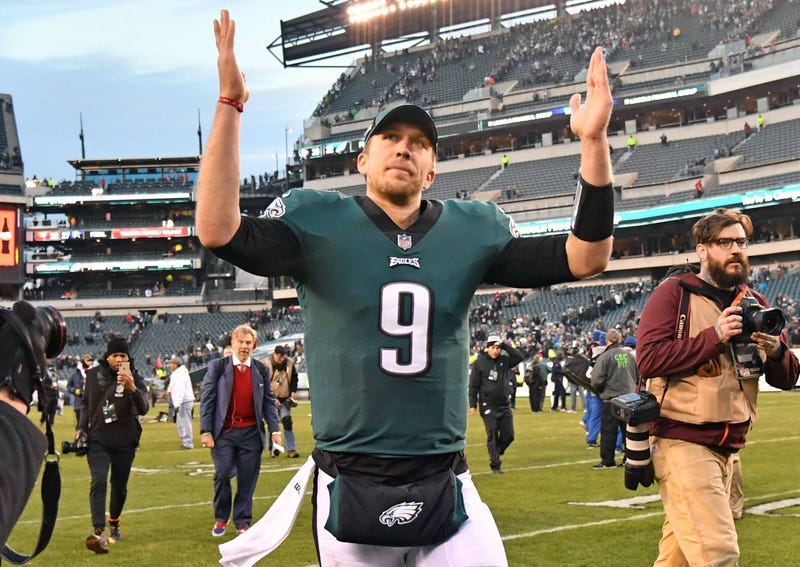 The Eagles are going to try to control where quarterback Nick Foles goes next season — and they reportedly have two teams they will try to stop him from joining.

Speaking Sunday on ESPN, NFL Insider Chris Mortensen said that the Eagles are going to try to keep Foles out of the NFC East next season, steering him away from the New York Giants and Washington Redskins, and hopefully ship him to a team in the AFC.

“The goal is to not let him go inside the division,” Mortensen said, “and the (Jacksonville) Jaguars being hopefully the team that gets him.”

That price tag, however, apparently isn’t going to be enough to stop the Eagles from trying to control Foles’ future.

“The Eagles are expected to use the franchise tag on him,” ESPN’s Adam Schefter said Sunday, “and they are expected to try to trade him so they can help to dictate where he ends up.”

Trying to keep Foles away from the Giants and Redskins make sense. Moving on from Foles is going to be tough enough for the Eagles, considering what he has accomplished for their franchise. Seeing him go to the Giants and having to face him twice a year would be far from ideal, which is why trading him to an AFC opponent would likely be at the top of the Eagles’ wish list.

Doing so, however, is going to require some cooperation from Foles. The Eagles can strike a deal with the Jaguars, but if Foles makes it clear he doesn’t want to go there, the Jaguars would be foolish to pull the trigger on a deal.

“I think the Eagles would like to see some development with the Jacksonville Jaguars, because John DeFilippo is down there as the offensive coordinator, he was the Eagle’s quarterback coach a year ago when they won the Super Bowl,” Mortensen said. “But Foles and his agent know this is a business. He isn’t going to play nice with the Eagles. They don’t want him to go to the Giants or the Redskins.”