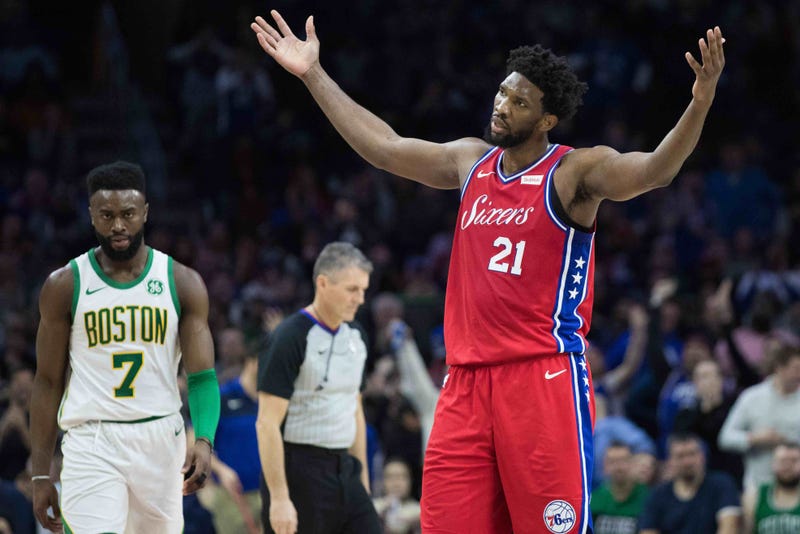 The Sixers have a major problem on their hands, and that problem is the Boston Celtics.

Overall, the Sixers have lost 20 of their last 23 games to the Celtics following their 112-109 loss on Tuesday night. Despite the new players on the team, and the renewed sense that they were the team to beat in the Eastern Conference, the result was the same.

After the game, fans tried to place the blame on head coach Brett Brown, their favorite punching bag after every loss. The referees were also near the top of the list.

In reality, the majority of the blame should be placed on the franchise player that has consistently come up small against the team’s biggest rival.

“I was sleepwalking for three quarters and that’s on me,” center Joel Embiid said after the game. “Like I said, that’s on me. It has nothing to do with anybody.”

Give Embiid credit — he is right. It is about the only thing he deserved credit for getting right on Tuesday.

Embiid certainly had his moments against the Celtics, especially at the beginning of the fourth quarter. For a brief stretch, it looked like he was going to lead a comeback. Overall, however, he was once again not himself against the Celtics.

Embiid struggling against the Celtics is nothing new.

Now in his third season of action, Embiid has played all 29 other teams in the NBA, and his 22.1 points, 12.6 rebounds and 3.4 assists career averages against Boston might look impressive on paper. In reality, he has consistently turned in some of his worst performances against the Celtics.

Here is a look at where Embiid’s career averages rank vs. Boston in the regular season (not including last night), as opposed to the other 29 teams he has faced:

After last night, Embiid is now 1-7 against Boston in his career in the regular season. Add in the playoffs, and he is 2-11.

Is Embiid the only reason the Sixers have been unable to figure out the Celtics? Of course not. Brown was outcoached by Brrad Stevens last year in the playoffs, and it is fair to say he has been outcoached overall in the matchups between the two. Point guard Ben Simmons has been equally bad against Boston. You can make the argument he has been far worse.

Simmons, however, isn’t the best player on the Sixers. He isn’t a top-five NBA talent and he isn’t in the MVP conversation. Embiid is.

And until he figures out a way to solve whatever demons haunt him against the Celtics, the Sixers have no shot of getting past Boston in the playoffs — and Embiid, not Brown, Simmons or the referees, will be a big reason why.