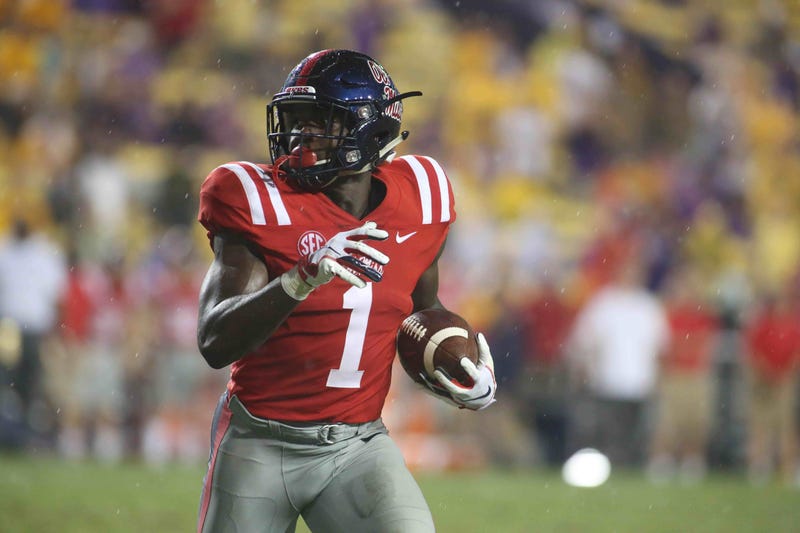 With the first wave of free agency in the rear view mirror, the NFL Draft is the next big event on the offseason calendar, and the Eagles are hard at work preparing for it.

The Eagles get 30 visits for prospects prior to the NFL Draft, so any player they bring in is likely fairly high on their draft board or has peaked their interest.

Of the three, the decision to bring in Brown is perhaps the most interesting.

Brown, 6-foot, 225 pounds, is considered one of the top receivers in the draft class. He finished his 2018 season with 85 catches for 1,320 yards and six touchdowns, earning All-SEC honors in the process. He is projected to go in either the first or second round. With the 25th overall pick and two second-round picks, he would certainly be in the Eagles’ range if they were interested.

The Eagles do not appear to have an immediate need for Brown. With Alshon Jeffery, DeSean Jackson and Nelson Agholor all under contract for 2019, the Eagles have $27 million in salary cap hits committed to their top three receivers. If they did draft Brown, he would presumably come in as a backup initially, which would be similar to what the Eagles did with tight end Dallas Goedert last year.

The decision to bring Brown in could also mean the Eagles have not slammed the door on the idea of trading Agholor, and if Brown were to be available to them at some point in the second round, they could explore moving Agholor and having Brown replace him in the slot.

As for the other two prospects, Ford could be an option for the Eagles at No. 25 overall, but it is possible he doesn’t make it to the Eagles at that spot. With the ability to play both guard and tackle, however, the Eagles could decide he is worth moving up for.

Froholdt is considered a late-round prospect, had experience at both center and left guard at Arkansas, and according to the team’s website, did not allow a sack in either of the last two seasons.