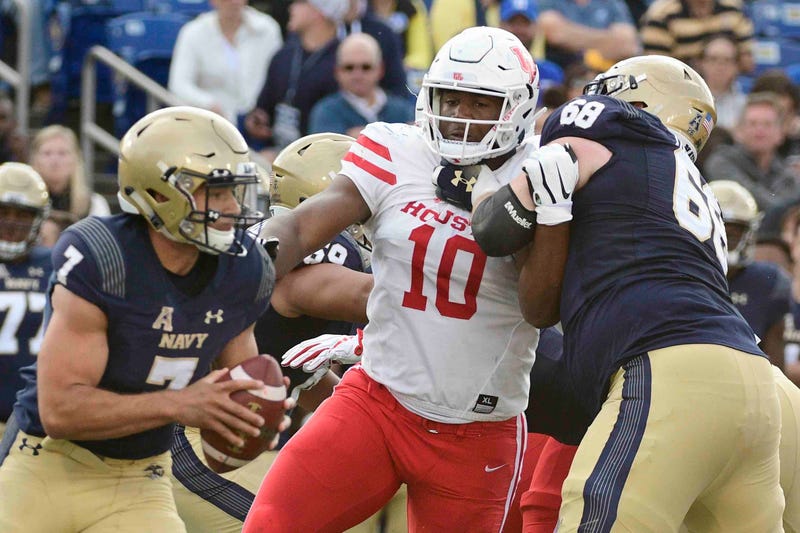 The NFL Draft is now less than a month away, and the Eagles are busy doing their final prep work to get ready for what is a crucial draft for this franchise.

One of the players they are reportedly interested in is Houston’s Ed Oliver, as according to Fox 26, the play-making defensive tackle either already has or will be visiting Philadelphia on an official pre-draft visit (hat tip to BGN).

With the Eagles only getting 30 pre-draft visits to Philadelphia, using one on Oliver — who is projected to go in the top-15 picks — is very interesting and could be a sign the Eagles are planning a move up the draft board.

Would moving up for Oliver be worth it?

The quick and simple answer is an easy one — yes. Oliver is one of the best talents in this year’s draft and plays a position the Eagles need help at. Oliver finished his final season at Houston with 14.5 tackles for a loss, three sacks and 53 total tackles. Oliver is undersized at 6-foot-2, 287 pounds for a defensive tackle, but proved at the NFL Combine he is arguably the best athlete in the draft at his position.

As impressive of a draft as this is considered at the defensive line, Sports Info Solutions only projects two players to be Pro-Bowl level players in this draft — Oliver and Alabam’s Quinnen Williams. The draft-scouting company has Oliver with 30 total quarterback pressures last season and compares him to Los Angeles Rams defensive tackle Aaron Donald.

The question for the Eagles isn’t really whether they should trade up for Oliver. It is can they get high enough.

Armed with the No. 25 overall pick and two second-round picks (No. 53 and No. 57), the Eagles enter the draft with 1,420 points worth of draft capital, using the NFL Draft Value chart. Those picks, in theory, would total enough points to move up to No. 8 overall (a pick worth 1,400 points). The issue is that no team is going to want to move from No. 8 to No. 25. Realistically, the Eagles would need Oliver to fall outside of the top 10. The No. 15 overall pick would roughly be worth No. 25 and No. 57.

Whether the Eagles can find a team that wants to make a deal with them remains to be seen, but Howie Roseman is considered one of the best in the league at making deals.

So if Oliver starts to fall, don’t be surprised if the Eagles make a big move up the draft board to get him.