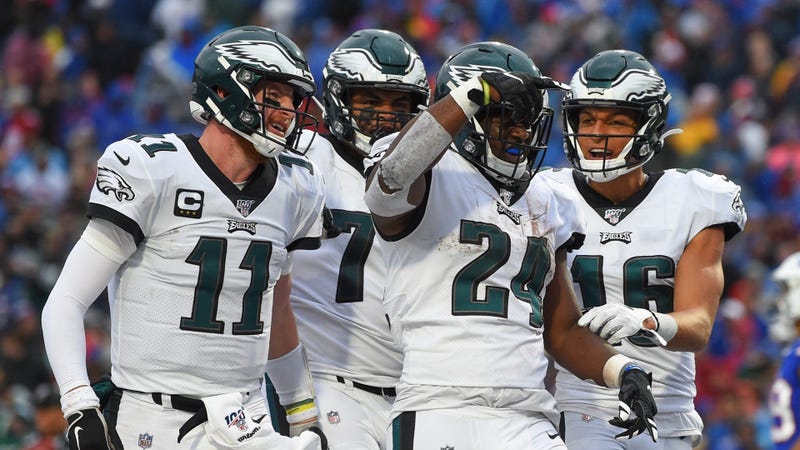 The Eagles have been without running back Jordan Howard for over a month due to a shoulder injury, but that could be changing right in time for the biggest game of the season.

According to a report from NBC Sports Philadelphia, it is possible that Howard could return for the team's game against the Dallas Cowboys. An interesting qualifier for the report is that it states Howard could return if the Eagles beat Washington on Sunday, and although it is unclear exactly what that means, it seems to suggest Howard would only be returning if the division is on the line.

Either way, the potential of the Eagles getting Howard back is huge. The team seemed to find an identity on offense with Howard and the running game, but since he suffered the shoulder injury against the Chicago Bears, the Eagles have gone 1-3 mostly because of an ineffective offense that has struggled to move the ball.

Getting Howard back would obviously be a huge boost. Howard has been arguably their best offensive player this season and the most important part of the offense when on the field. Now that Miles Sanders and Boston Scott are playing at a high level, the Eagles would have a legitimate three-headed monster at running back, assuming Howard can return to the same level of play he was at prior to the injury.

First, the Eagles need to beat Washington to set up a huge matchup with the Cowboys.

If they do, however, it seems like they will be getting back a key player.