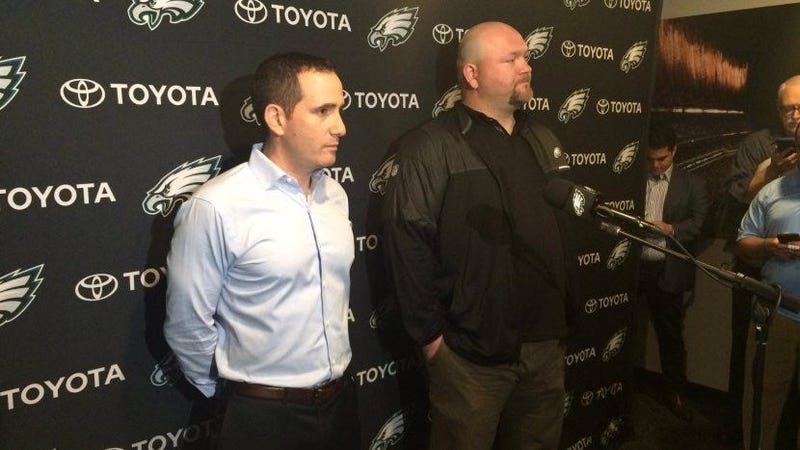 The Jets are in need of a new general manager after firing Mike Maccagnan on Wednesday and they have their eyes set on Eagles Vice President of Player Personnel Joe Douglas, according to two league sources.

Douglas has been with the Eagles since May of 2016 and has a large voice in the team’s personnel decisions, both in free agency and the NFL Draft.

It is unclear at this point if the Jets have asked permission to speak to Douglas or if he has interest in the job. If he does, the Eagles would be unable to block him from leaving.

The loss of Douglas would obviously be a big one for the Eagles, considering how much impact he has had in the building of both the Super Bowl team in 2017 and the current roster that is considered one of the best in the NFL.

The Jets would have to be considered an attractive job to Douglas, as they already have a franchise quarterback in place in Sam Darnold, and just drafted the player many considered the best in this year’s draft, defensive tackle Quinnen Williams. Douglas would be entering a situation very similar, in terms of foundation, as the Eagles have with Carson Wentz and Fletcher Cox.