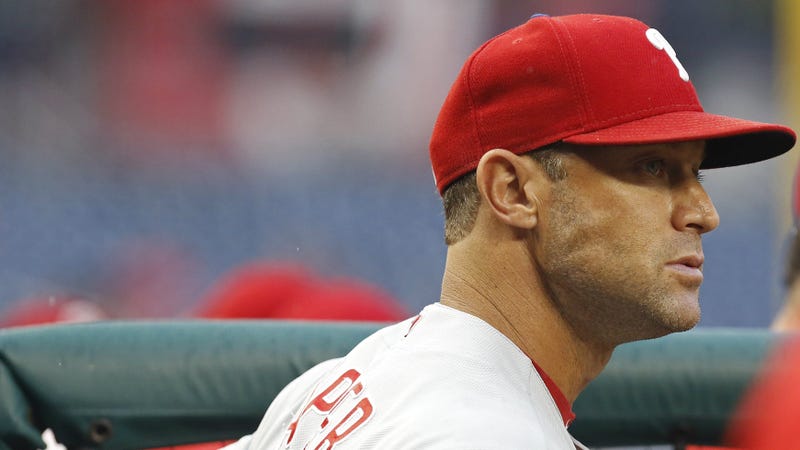 Prior to the start of free agency, there was talk that Phillies manager Gabe Kapler might deter free agents from coming to Philadelphia.

If Kapler is to be believed, it sounds like that won't be the case.

Speaking Wednesday night on the MLB Network, Kapler talked about the team's meeting with free agent start Bryce Harper, and a report that the two really hit it off during their Las Vegas sit down.

“I think we bonded over stuff like training. I think we bonded over food — he loves food," Kapler said. "And Philadelphia has an incredible food scene. Among the best in the country if you ask me. We just hit it off. He is an easy guy to talk to. He certainly is especially competitive. We joked a little bit about a moment on the field in September when he was able to get an umpire to change a call.”

If Kapler did indeed hit it off with Harper, you have to think that helps the Phillies chances of landing the generational talent. Speaking Wednesday on the 94WIP evening show, Bob Nightengale of USA Today said he believes that the race for Harper is now down to just two teams.

“You got the Phillies and the White Sox, “Nightengale said, “and that might be it.”

The Phillies interest in Harper has clearly grown over the last two weeks, and appeared to only heat up after their meeting with the All-Star last week in Las Vegas.

“They had a great meeting. The Phillies came away very impressed with Bryce Harper and his wife Kayla, and vice versa. It was a wonderful meeting,” Nightengale said. “I think there were some reservations about Philadelphia in the past — mainly with how they were treated as a visiting ball player. But it was assured that, as a hometown guy, it is night and day how you are treated by the fans, the city and everything else.”

With both sides coming away impressed, it could only be a matter of time until the Phillies make their final offer to Harper in an attempt to close the deal.

“Everybody knows the money that the Phillies have. There is no doubt — it is who is going to outbid the Phillies for Harper? There has been so much talk about the Nationals,” Nightengale said. “The Nationals are making it pretty clear — they aren’t in this thing. You turn down $300 million dollars, and they have spent $190 million since, they aren’t going to sit around. That same money that they offered isn’t there.”

“I don’t think there is a real, true preference,” Nightengale said. “They like both guys. Both guys would be perfect fits. The one thing about Harper I would say, I think he sells more tickets. There is more of that pizzaz.”

So when all is said and done, will Harper be on the Phillies?

“I think the Phillies will blow everyone out,” Nightengale, “make the biggest offer and sign him.”