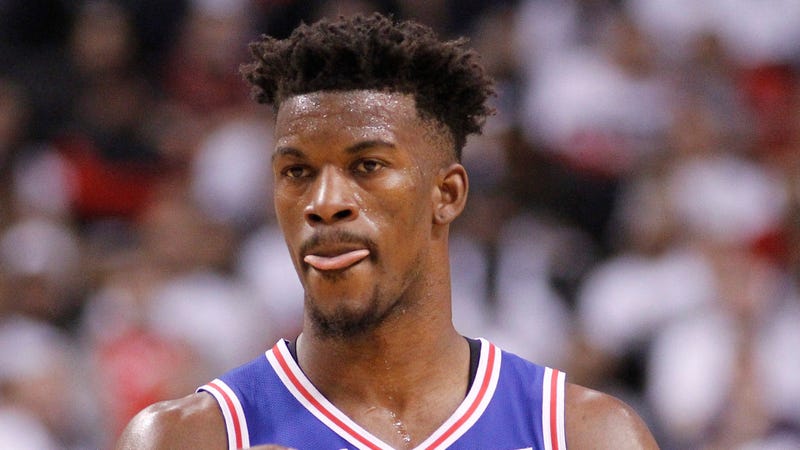 The Los Angeles Lakers pulled off the first big move of the NBA offseason when they acquired Anthony Davis from the New Orleans Pelicans late Saturday night.

Will their next big move have a major impact on the Sixers?

After news broke that Davis was going to Los Angeles, ESPN insider Adrian Wojnarowski reported that while the team is now expected to go after Charlotte Hornets guard Kemba Walker, they could move on to Sixers guard Jimmy Butler if Walker doesn't come to Los Angeles. According to Wojnarowski there is "mutual" interest between Butler and the Lakers.

At this point Butler joining the Lakers would make a ton of sense. He would be joining arguably two of the top 10 players in the league, including arguably the best player, LeBron James. When Butler initially requested a trade from the Minnesota Timberwolves last season, Los Angeles (albeit the Clippers) were on his list. The Lakers, however, would have a great chance of making it to the NBA Finals in what is now a wide-open Western Conference -- arguably more than the Clippers.

Financially, however, the Sixers would still have the edge. The Sixers can offer Butler a five-year max contract, while the Lakers can offer him only four years. At 29-years old, this is likely Butler's final max contract, and getting that extra year of security could be a huge difference maker for the free agent guard.

What Butler prefers remains to be seen, but after the Lakers' big move on Saturday night, the Sixers' chances of bringing back Butler just got a lot more complicated.