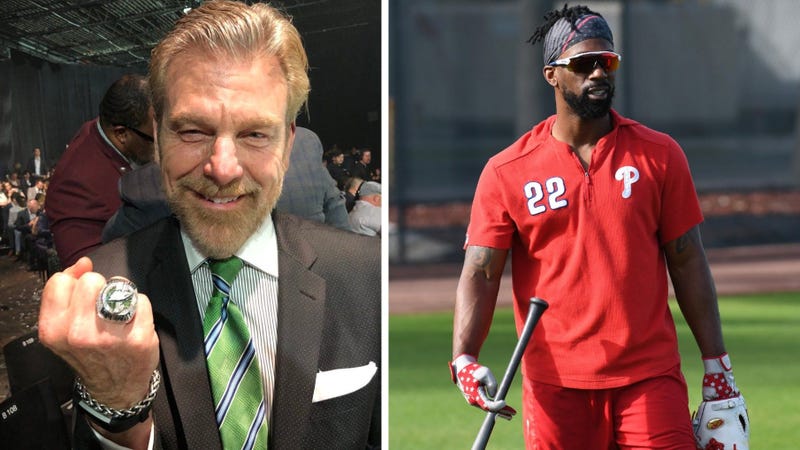 Over 6,000 radio shows on SportsRadio94WIP and more than a quarter century as a premiere Philadelphia radio and television host, but Howard Eskin is most known today, hilariously, for his spelling errors on Twitter.

The King made one of his best typos yet on Wednesday while down in Clearwater, Florida for Spring Training calling Phillies centerfielder Andrew McCutchen as "Lawrence McCutcheon."

Coming back from ACL injury last season, #phillies LF Lawrence McCutcheon in the cage working himself back. So far looks fine. ⁦@SportsRadioWIP⁩ pic.twitter.com/wePU5vtCoq

A common mistake I make on Mccutcheon first name. Its Andrew. So go ahead and make this a federal case. The twitter police can be dopes. Bite it https://t.co/m5U3jjWupD

"Well, for whatever reason, whenever I hear McCutchen I think of Lawrence McCutcheon the running back that used to be a very good running back for the Rams," Eskin told Joe DeCamara and Jon Ritchie. "And you're putting video up and you're doing a hundred things and—McCutchen, I'm thinking Lawrence, so I put it up. And of course, the Twitt-diots and the Twitter police—the dopes out there. The always have to, OK? So, I responded after people started, 'Oh yeah, you put Lawrence McCutcheon!'

"As I said to people on Twitter, bite it."

On Thursday, we're pretty sure Eskin called Joe Girardi, Jim, on purpose. We have yet to confirm.