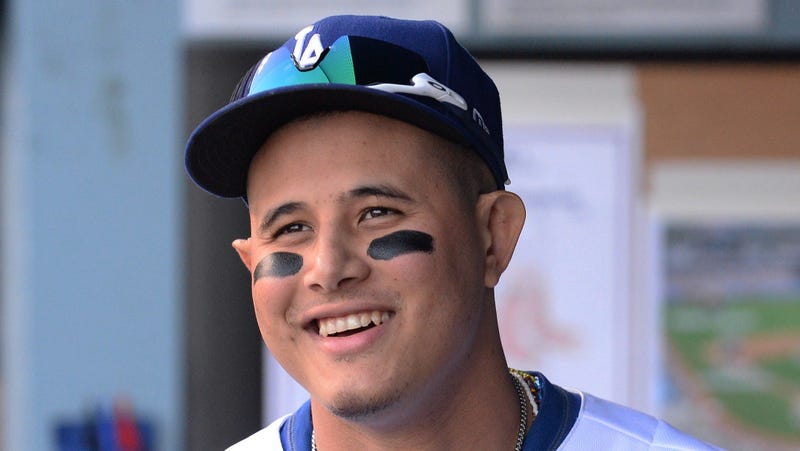 Tom Cudeyro isn’t natural to the spotlight. He’s the kind of guy that you have to ask two or three times to pronounce his last name before you feel comfortable saying it. Even on the day that gave him fleeting fame, he was working as an electrician at the sports complex in South Philly. It was a pretty standard day for Cudeyro, until he decided to take a risk during his lunch break.

The 57-year-old—whose last named is pronounced “Coo-Dare-Oh”—happened to be in the right place at the right time on Dec. 20, 2018. He was working across the street from Citizens Bank Park. Meanwhile, Manny Machado, one of the most coveted free-agents in baseball history, was set to meet with the Phillies, who were believed to be one of the most serious suitors for the four-time All-Star infielder.

And as fate would have it, Cudeyro happened to be eating his lunch when Machado’s team—which included his wife, Yainee, and his agent, Dan Lozano—pulled up in a silver SUV. So Cudeyro hustled across the street, and before Machado was met by a mob of media members and a locked entrance door at the stadium, he was asked by Cudeyro to take a selfie, and Machado obliged.

Construction worker to Machado: “Do the right thing and sign!” ---- pic.twitter.com/zZNVaY9QT9

“It was surreal,” Cudeyro recalled on the latest edition of Mound Visit with Tim Kelly on The High Hopes Podcast. “I was working across the street from Citizens Bank Park and I found out that Manny (Machado) was pulling up, and I had the opportunity to greet him and get a selfie. It was pretty cool.”

The “cool” aspect of the experience for Cudeyro didn’t conclude with him getting a chance to take home a picture with a potential future Hall of Famer. He became a local celebrity, appearing with Angelo Cataldi and the SportsRadio 94 WIP Morning Team the next day. The previous night, video footage of him greeting Machado appeared on every local news broadcast. MLB.com and CBS Sports both wrote stories about Cudeyro.

Cudeyro even says that after making a local television appearance the next morning, he was recognized later in the day as he shopped for Christmas presents.

“Right after I went on television in the morning, I was at Macy’s shopping for Christmas items and a women recognized me,” said Cudeyro, laughing as he recalled the experience. “She came over and she hugged me. She said ‘I’m a Phillies fan and I really want (Manny) Machado here.’ And I thought that was pretty cool.”

The Phillies, of course, didn’t ultimately end up signing Machado. On Feb. 19, 2019, almost two months after Machado visited Philadelphia, he agreed to a 10-year/$300 million deal with the San Diego Padres. The Padres hadn’t been one of the three teams that Machado visited with prior to the holiday season - he met with the Chicago White Sox and New York Yankees the same week as the Phillies - but they were willing to give him a fifth-year opt-out and what, at the time, was a record contract.

Cudeyro, famously, made an elevator pitch to Machado on why he should sign with the Phillies, before yelling “Do the right thing and sign - get that money!” in the direction of Machado as he walked towards the glass door entrance of Citizens Bank Park. Machado certainly got paid, but he agreed to a deal that will allow a franchise that hasn’t reached the postseason since 2006 to control him at least through 2023.

“I tried to appeal to him by letting him know that I believed that him being a Phillie would really help our chances of winning a World Series,” Cudeyro said. “I don’t know, he kind of gave me the thumbs up, snickered a little and walked. And that’s when I said ‘go get the money!’. So then Manny signs, and my whole spin on this was that Manny was all about the money. It’s not about a World Series for him.”

Cudeyro acknowledged that the Phillies didn’t ultimately make the best offer for Machado, who is a two-time Gold Glove Award winner. He says that while he believed at the time that Philly was just a stop for Machado before he signed with the Yankees, he know believes that if the Phillies had topped the Padres offer, he would be getting ready to don red pinstripes.

That didn’t happen, though. General manager Matt Klentak said after news broke of Machado’s decision that the deal “exceeded their valuation” and “sometimes you have to be willing to walk away.”
And just like that, Cudeyro’s chances of being a Philadelphia sports cult hero evaporated. Gone was his chance to be present at the Machado signing press conference, something he says the Phillies had reached out to him about shortly after he finished his round of media appearances. Also gone: any chance that Machado would eventually pay homage to Cudeyro at Cooperstown, like Jim Thome did when he talked about how IBEW workers made him feel welcome when he visited Philadelphia as a free-agent late in 2002.
<p data-uri="www.audacy.com/_components/paragraph/instances/migrate-94wip-16001-12@published" data-editable="text" class="paragraph paragraph--s