There are plenty of Jalen Hurts skeptics, but Monday night he proved why he’s worth believing in.

The Philadelphia Eagles quarterback was sharp, especially in the first half, of their 24-7 Monday Night Football drubbing of the Minnesota Vikings. In the first half alone, he was 17-of-20 with 251 yards in the air, throwing one touchdown.

He finished his night having completed 26 of his 31 passing attempts for 333 yards with just the one touchdown and one interception, but added 57 yards on the ground with two scores.

Hurts is building an early MVP case for himself. His Eagles teammate, Brandon Graham, said during his regular appearance on “Angelo Cataldi and the Morning Team” that this rise is hardly a surprise.

“I think he’s doing exactly what he’s been working his butt off to do, just perform,” Graham said Tuesday morning. “You can tell that he’s even more comfortable just with doing his job. Man, I’m just happy that everything happened for him yesterday because there were so many different questions, everybody one minute wanted to believe, not believe.

“I’m just happy that it happened for him yesterday, I just can’t wait to see what it looks like even more down the line as he keeps getting better.”

The talent was always there for Hurts, that was evident even from his first bits of NFL regular season action. It was the consistency that he needed to hammer out, and early on this season he is showing the elite flashes at a more sustained level.

Graham gets to watch that in practice, so there was never a doubt for him that Hurts would find it.

“No, I didn’t (have any doubts he’d be really good). I just knew how he worked, how he handled himself,” Graham said. “That’s the biggest thing for me, even during the adversity of people not knowing and even during the Carson (Wentz) time when he had to wait his turn. I feel like now that you gave him the keys, last year was just like the ‘They just gave me the keys, now this is my second year I’ve got to make sure I’m better.’ Man, I love the way he handles himself.

“The sky is the limit for him. …. I’m excited to see him keep going, working with Nick (Sirianni) and the coaches, I can’t wait to see how far it goes for Jalen.”

Now, Hurts gets to face his predecessor, as the Eagles will travel to Landover to face Wentz and the Washington Commanders on Sunday. 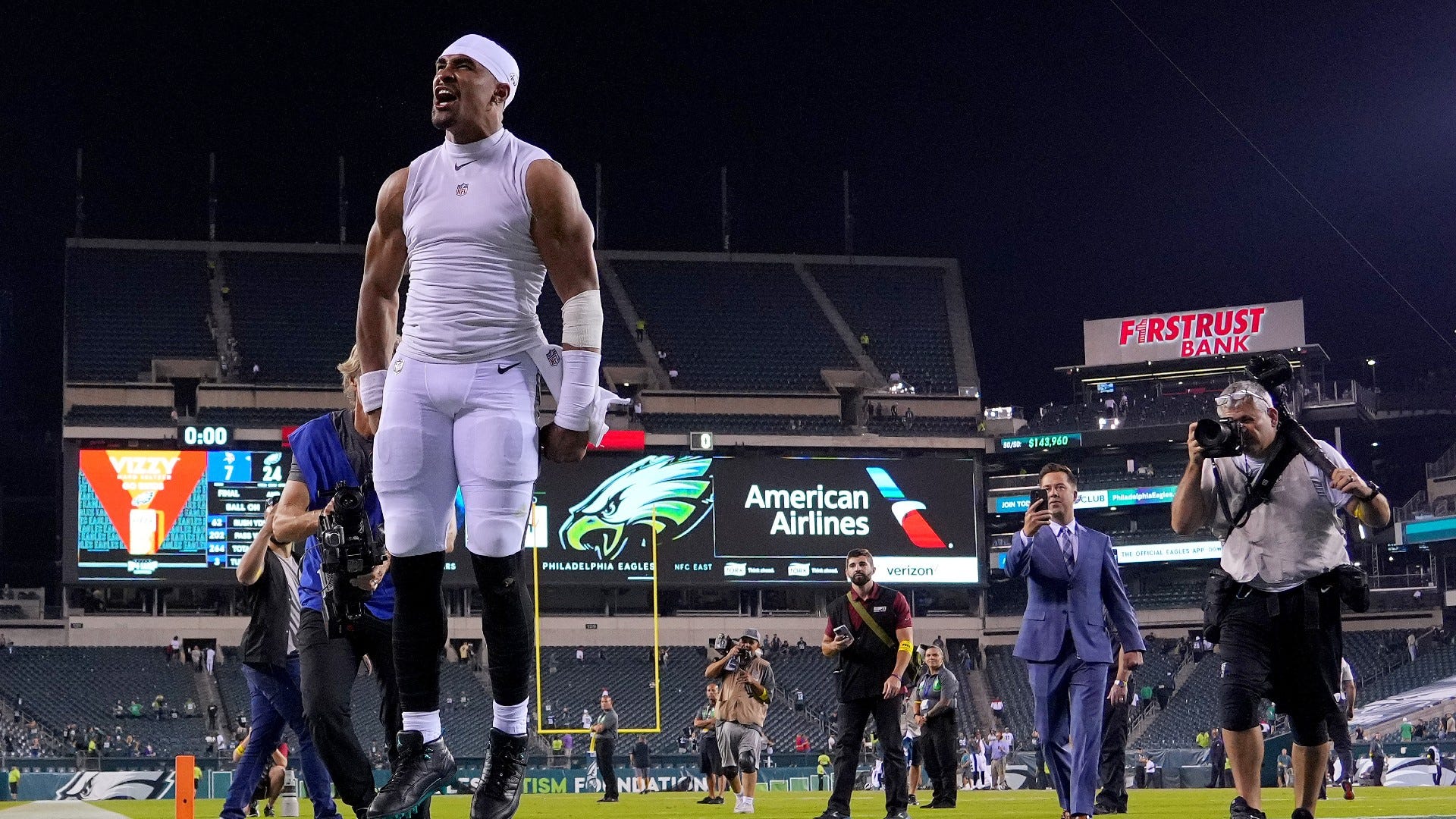 Jalen Hurts, Eagles prove they are legit contenders with dominating win over Vikings