There aren't many people who understand what's it like to be under center for the Eagles quite like Donovan McNabb. Jalen Hurts got his first taste of QB1 of the Eagles against the Falcons, and McNabb only had great things to say about the young quarterback.

McNabb, who joins the Marks & Reese Show every Monday during football season at 4pm, was supportive of the second year quarterback and his path forward. Above all, Number 5 preached patience with Hurts' development.

"There are going to be some ups and downs. For those out there that do lazy analytical work, they will take the negatives and try to blow that up and try to make it the topic of conversation. We have to understand, that is only his fifth start as an NFL quarterback. So pretty much, he is still a rookie and he is learning this game. I was very impressed by the way he handled this offense, recognized what he was seeing from the Atlanta defense, and he took advantage of the opportunities he was given." 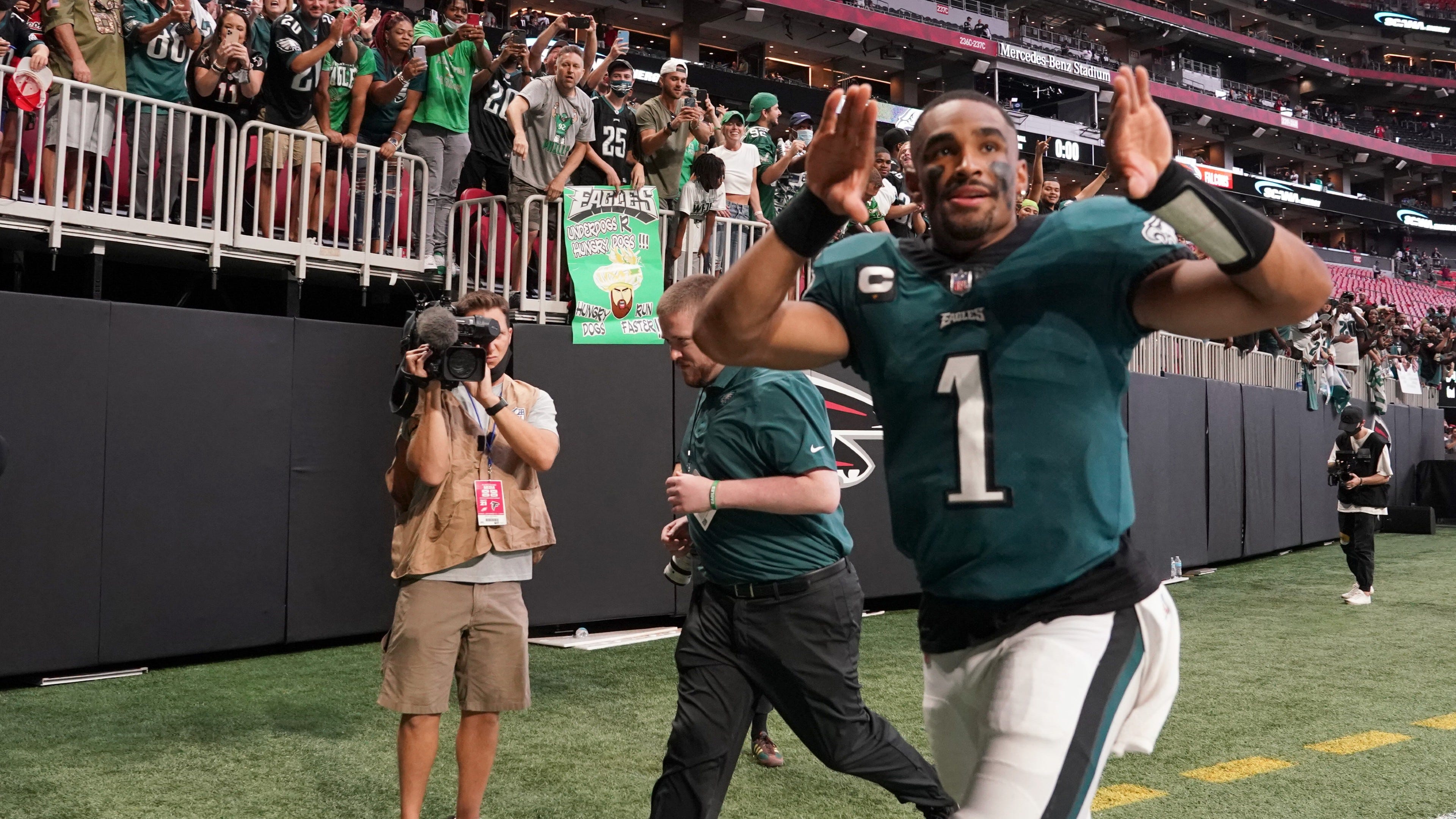 It's time to start talking about Jalen Hurts' ceiling