Eagles head coach Nick Sirianni told the media on Tuesday morning that Jalen Hurts will start at quarterback in the team's preseason opener on Thursday night at home against the Steelers.

"We don't have exactly—again everyone is a little different scenario," Sirianni said. "Everybody has their own little scenario. We expect everyone to play for the most part and that's in constant discussion. Jalen will go with the starters and then Joe [Flacco] will go in after him and then Nick [Mullens] will go in after him."

No word on how long Hurts will play, but all eyes will be on the 23-year-old second-year NFL player, who took over as the Eagles' starting QB for a struggling Carson Wentz towards the end of last season. 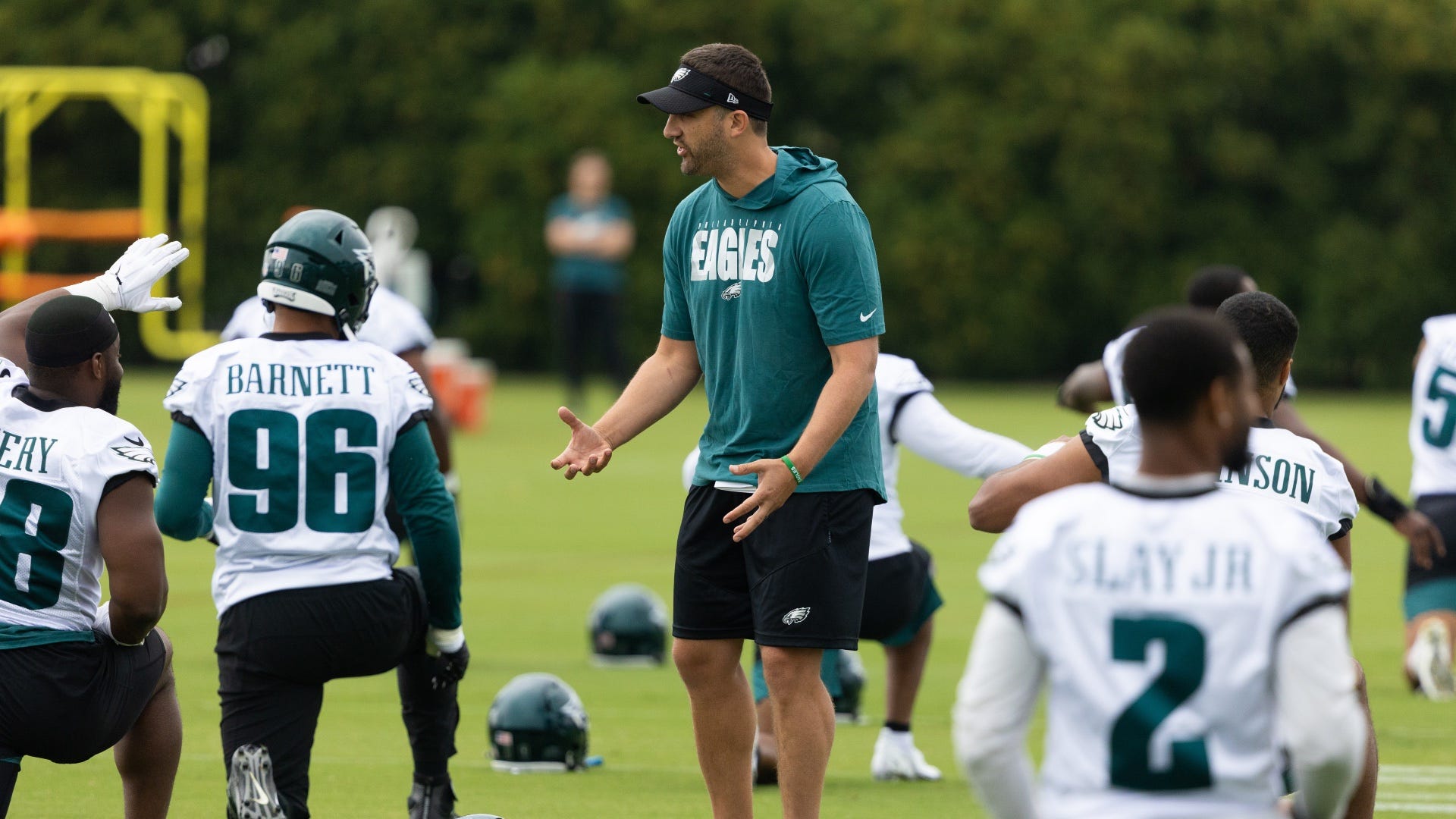 My 5 Biggest Concerns About The Eagles

There have been numerous reports about the Eagles' interest in acquiring disgruntled Texans 25-year-old QB Deshaun Watson, who is dealing with pending sexual assault lawsuits. Watson will reportedly sit out of the Texans' first preseason game this week.

Hurts was 1-3 in four starts last season completing 77of 148 passes for 1,061 yards with six touchdowns and four interceptions and also rushing for 354 yards and three additional touchdowns.