The Washington Commanders probably needed all the help they can get in order to have a chance at beating the Philadelphia Eagles.

But a self-inflicted wound is what they wound up getting instead late in the first quarter on a big splash play by the Eagles that seems to have turned the momentum in the game.

Eagles quarterback Jalen Hurts completed a deep pass for 45 yards to receiver DeVonta Smith down the right sideline nearing the end of the first quarter.

A replay from the FOX television broadcast revealed that Smith may not have gotten both feet down inbounds after making the catch, but Commanders head coach Ron Rivera was late to throwing the challenge flag down.

Officials said Ron Rivera did not throw his flag in time to be reviewed
pic.twitter.com/GVbrRI2qQT

The Eagles were able to get the next play off and settled for a 32-yard field goal a few plays later to take the first lead of the game, 3-0.

Tough to say which way a replay would have gone - we never saw an angle where the left foot was definitively up when the catch was made, but maybe they could have found one.

Ron Rivera threw the challenge after that long DeVonta Smith catch on the sideline, but... the ref said the flag came after the subsequent snap.

Ron Rivera was trying to get the refs' attention before that ball was snapped. Was gesturing. a red flag was on the ground

Carson Wentz was sacked for a fumble on the Commanders next drive, turning the ball over to an Eagles offense that was quickly able to convert it into seven points for a 10-nothing lead early in the second quarter.

Turnovers kill the @Commanders. After the Wentz fumble, the @Eagles score the first TD of the game. Defense has played well overall. pic.twitter.com/2iR3v6LdGz 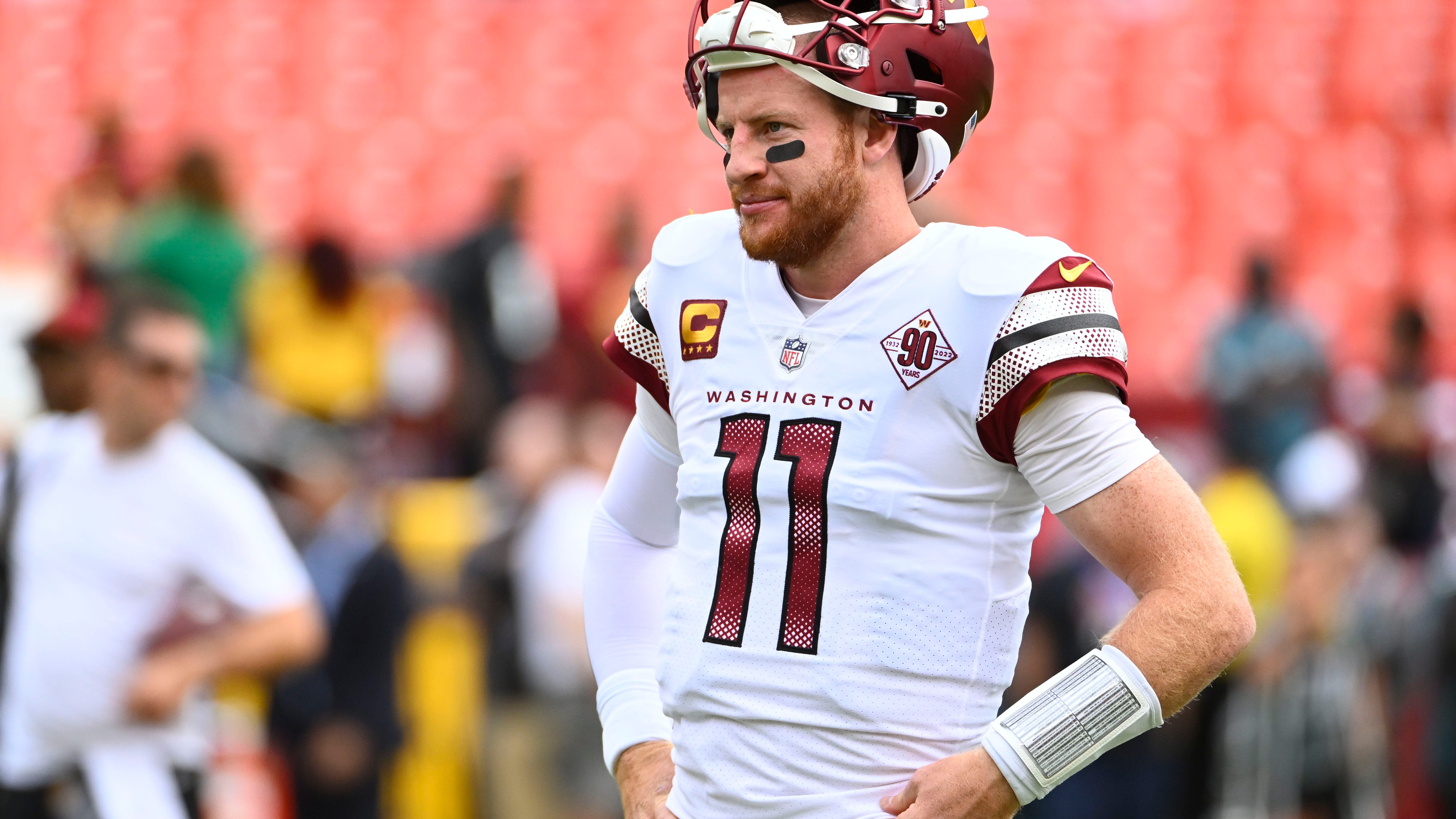