And after a 39-point demolition of the Milwaukee Bucks — with James Harden sidelined, no less — to go up 2-0 in the conference semifinals on Monday night, we all feel pretty stupid. How could we doubt this team? How could we not see the powerhouse emerging before our eyes? And how could we ever question whether or not Durant would return to prominence after his injury?

Durant himself can't believe that people would ask that last question, and he let the TNT broadcast know this was the case after reporter Jared Greenberg asked him if he ever thought he'd be this good again.

"Is that a real question?" Durant responded. "I mean, what you want me to say to that — of course I did!"

'Is that a real question?"

KD wasn't having it 😂 pic.twitter.com/136IYr0JDO

Greenberg recovered gracefully from the somewhat intimidating response, ensuring the star that he'd come up with "some more real questions" next time around.

But it's certainly a worthwhile question to have asked, at least in my eyes. Torrey Hart, formerly of Sports Illustrated, took us through how Achilles injuries affected some other big-name NBA players, and the comebacks of many didn't exactly showcase the same dominance from the player as their pre-injury days.

While it might have been a reasonable question to ask, however, it's also perfectly reasonable for KD to answer that way. After all, like he reasoned, what else is he going to say? No? If you're a Hall of Fame player with that level of talent, confidence and proven performance over the years, you're always expecting big things from yourself, and Durant proved to be no different. He's not only been great with the Nets, but he's arguably been better than ever before in certain metrics. Take, for instance, his scorching 45 percent clip from beyond the arc, by far his career-high accuracy from deep. 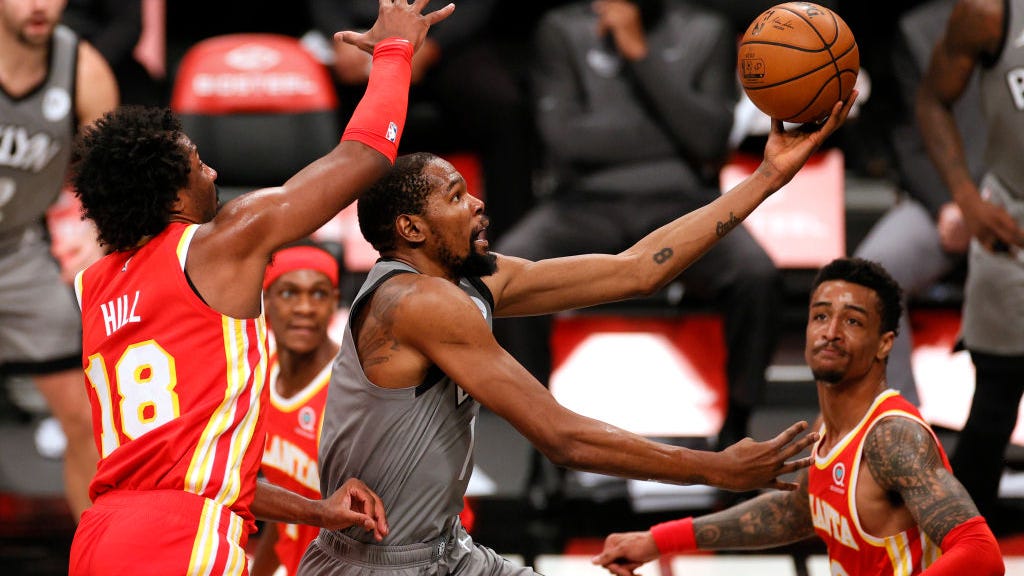 We'll see what Greenberg brings to the table in the next round of questioning, but we're not expecting those questions to come after a loss with the way this team is playing right now.