For the majority of his college career, former Clemson quarterback Trevor Lawrence was regarded as the best NFL prospect at the position since Andrew Luck. As we get closer to the 2021 NFL Draft, though, there are some defectors from that position.

The latest is former NFL quarterback and current NBC analyst Chris Simms, who released his top five prospects in this year's draft class Tuesday. At the top wasn't Lawrence, but rather BYU's Zach Wilson:

"Before it even starts, I want to say that Trevor Lawrence is awesome, there's no doubt about it," Simms said Tuesday on PFT Live. "And I'm not doing this for clickbait, stop all that crap. I have aspirations to be a GM in football.

"I do wanna say this - Zach Wilson is clearly the No. 1 quarterback in the draft for me," Simms continued. "There is a separation. Zach Wilson is a really, really special football player, from every aspect and angle. The only negative that I can really come up with is I wish he was a little thicker and bigger. He's 6-foot-3, 210 [pounds], but I don't think that necessarily matters this day and age in the NFL. And I do like his build regardless.

"My baseline comment with Zach Wilson is it's Aaron Rodgers and Patrick Mahomes, OK? That's where it starts right there. It is, an unbelievably quick release. It's the ability to throw the ball any which way he wants - sidearm...over the top...jumping in the air two feet off the ground...throwing between a guard and a tackle 25 yards down the middle. The arm strength is phenomenal. He can throw 40-yard lasers into a Cover 2 hole...he can throw 60, 70-yard bomb posts down the middle and he doesn't need to get his whole body into it.

"I was blown away by Zach Wilson when I watched him. It's all the things he brings to the table. First off, he can just run the system - hey, there's a 10-yard out route, boom. He hits all the throws you need to hit, consistently. And he throws quality missiles that spin like Mahomes and Rodgers every throw. So, I knew Zach Wilson was good, I saw him a little on TV this year, and of course had people in football ask coming up to the process 'Hey, have you watched Zach Wilson?' When I've gone this last week and studied him, it's been like 'Oh my gosh, look at that throw!'...'Oh my gosh, way to go through the progressions that quickly!'...'Holy cow, what a quick release!' Then his ability to move and make plays in the back end, and he can run, he can rip off 30-yard runs. But he's like a Mahomes and Rodgers and Josh Allen where he doesn't want to run. He wants to scramble around and throw a laser down the field. And then, he will run when he goes 'OK, you triple-dog dare me, there's eight guys 25 yards down the field. OK, I'll run and get 12 yards.' But he really just wants to carve you up with his big-time arm...his release...everything about it.

"As you can tell, I'm very passionate about it and I'm blown away by it. To me, he is the clear-cut, No. 1 quarterback in this draft. I love Trevor Lawrence, there's a lot I like. But I think Zach Wilson and him, there's a separation there for my money in what I see and what I've evaluated."

Wilson, 21, exploded in his junior season at BYU, tossing 33 touchdowns to three interceptions, while racking up 3,692 passing yards and 10 rushing touchdowns. Simms isn't the first person to be this high on Wilson - an unnamed scouting director told Matt Miller of The Draft Scout earlier this month that he believed Wilson was the top prospect in this year's class, and also mentioned Mahomes' name in his evaluation.

All that said, Lawrence is one of the great college players in recent memory, tossing 90 touchdowns to just 17 picks in his collegiate career. The expectation for years has been that he'll be the No. 1 overall pick in the 2021 NFL Draft, and indeed in our latest RADIO.COM Sports mock, he is taken with the top selection by the Jacksonville Jaguars.

Simms went on to say that if the Jaguars do take Lawrence, he believes the New York Jets at No. 2 will "run and dive up to the podium" to secure Wilson. 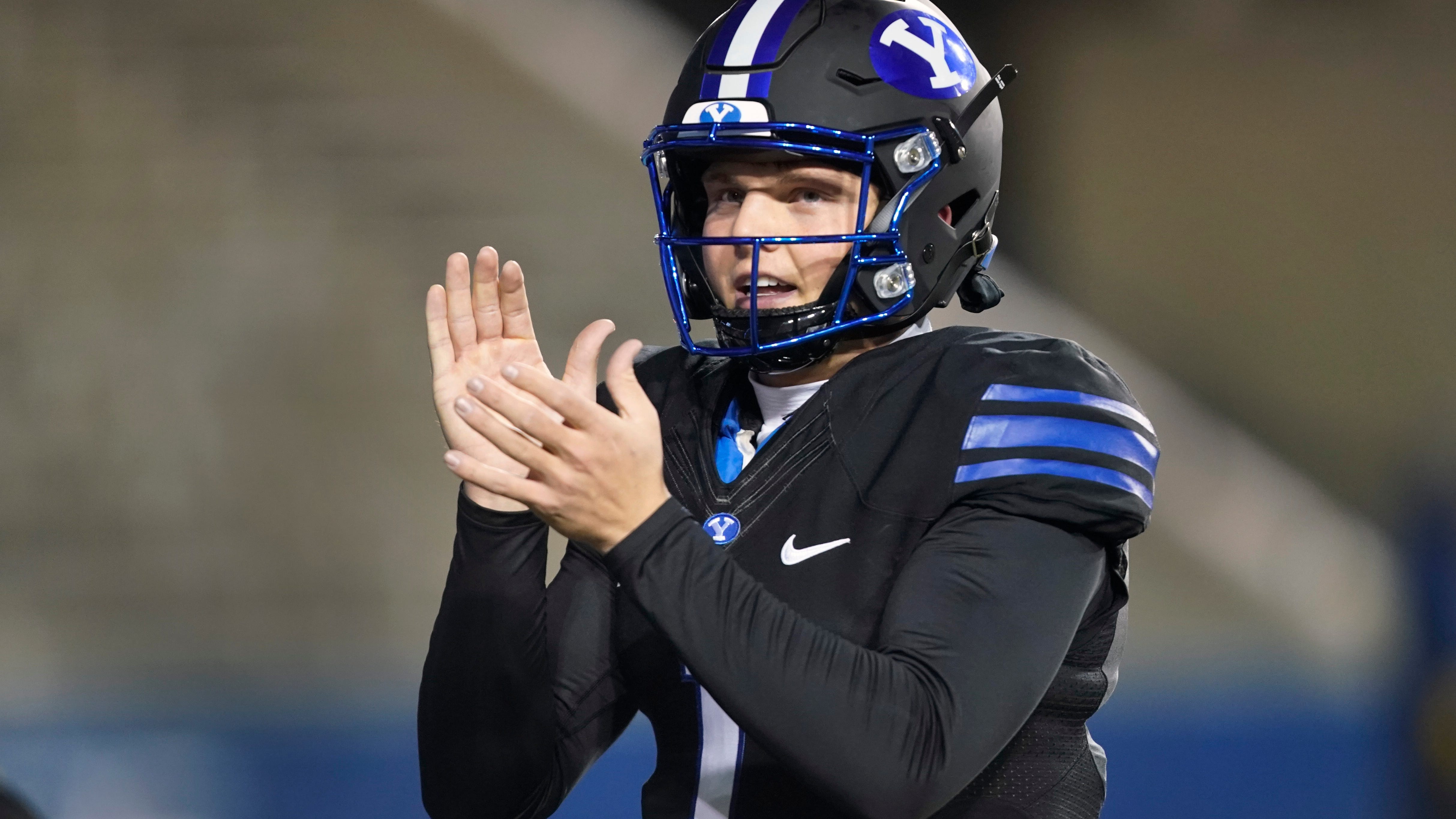