With Bryce Harper, Zack Wheeler and J.T. Realmuto all key cogs, the Philadelphia Phillies already have three core players that began their careers with other National League East rivals.

Could they add a fourth this offseason?

While Trea Turner, Xander Bogaerts and Carlos Correa have received the bulk of the focus, Dansby Swanson is another shortstop that can become a free agent this winter. And in what may be his final season with the Atlanta Braves, Swanson has a 5.8 fWAR -- the ninth best mark among all position players, slightly less than Bogaerts and just a tad more than Turner.

The former No. 1 overall pick is slashing .284/.338/.448 with 20 home runs, 87 RBIs and 17 stolen bases. Perhaps the most attractive part about Swanson to the Phillies would be that he is a candidate to win the Platinum Glove as the best defender in the NL. He leads all senior circuit defenders with 18 outs above average, and also has eight defensive runs saved. As a team, the Phillies have -32 defensive runs saved, the third-worst mark in baseball.

Former first-round pick Bryson Stott has shown enough in his rookie season that he'll likely occupy one of the two middle infield spots for the Phillies in 2022. While it seems unlikely that the Phillies will exercise Jean Segura's $17 million club option for 2022, he remains a very productive player when healthy. It's possible that the Phillies pay the $1 million buyout on Segura's option and then bring him back at a lower price, rendering this conversation a moot point.

But there sure is a lot of smoke about the Phillies potentially being major players in the shortstop market this offseason, which would push Stott to second base, where he has three outs above average over 372 innings this season.

Turner and Bryce Harper -- former Washington Nationals teammates -- have publicly flirted with each other this year. Turner called Harper "the best player in the world" in May. The next month, Harper said that "he's excited to see where he goes next year" when talking about Turner. Both are scheduled to play for Team USA in the 2023 World Baseball Classic. And it's possible that by that time, they are once again MLB teammates, with Bob Nightengale of USA Today writing earlier this summer that "several talent evaluators predict that Turner will return East and wind up signing with the Phillies."

This past weekend, Peter Abraham of The Boston Globe reported that "the Phillies will be eager suitors" if Bogaerts hits free agency. A four-time All-Star, Bogaerts is widely expected to opt out of the $60 million left over the next three years of his contract this offseason. The connection to the Phillies is obvious, with president of baseball operations Dave Dombrowski having previously inked Bogaerts to a long-term pact when he was leading the front office in Boston.

Adding either Turner or Bogaerts would give the Phillies -- who already have Realmuto, Harper, Kyle Schwarber, Rhys Hoskins and Nick Castellanos -- a claim to having the best lineup in baseball.

But even with nearly $30 million slated to come off the books between Segura and Didi Gregorius this offseason, signing Turner or Bogaerts for $30 million -- give or take, probably give -- a season wouldn't leave the Phillies with a ton of wiggle room elsewhere unless they plan to blow past the luxury tax threshold.

Given that Swanson has performed at an elite level in 2022, it's difficult to gauge exactly what his price will be this offseason. Coming into the season, he was a fringe top 10 shortstop. In his final audition before free agency, Swanson has put together a campaign that will garner down-ballot NL MVP support.

The guess here remains that Swanson won't cost quite as much as either Turner or Bogaerts will annually, and that his contract will for sure be shorter than Turner's. Set to turn 29 next February, Swanson is the youngest of the trio as well, even if it's not by a ton.

By all accounts, there's mutual interest between Swanson and the Braves in reaching a long-term contract. He's from Marietta, and has a chance to spend his entire career with his hometown team. That's a great story.

Then again, Freddie Freeman spending his whole career with the Braves would have been a great story too. As Freeman held out for market value, Alex Anthopoulos pivoted to Matt Olson, who was willing to sign to a more team-friendly eight-year/$168 million deal. In recent years, the Braves have signed Ronald Acuña Jr., Ozzie Albies, Austin Riley, Michael Harris II and the aforementioned Olson to very team-friendly contracts. They allowed Freeman and Josh Donaldson to sign for market value elsewhere. So don't be shocked if one of the more cutthroat organizations in baseball holds Swanson to the same standard, especially with Vaughn Grissom as a fallback option.

And if things don't work out in Atlanta, Swanson would look good in red pinstripes. 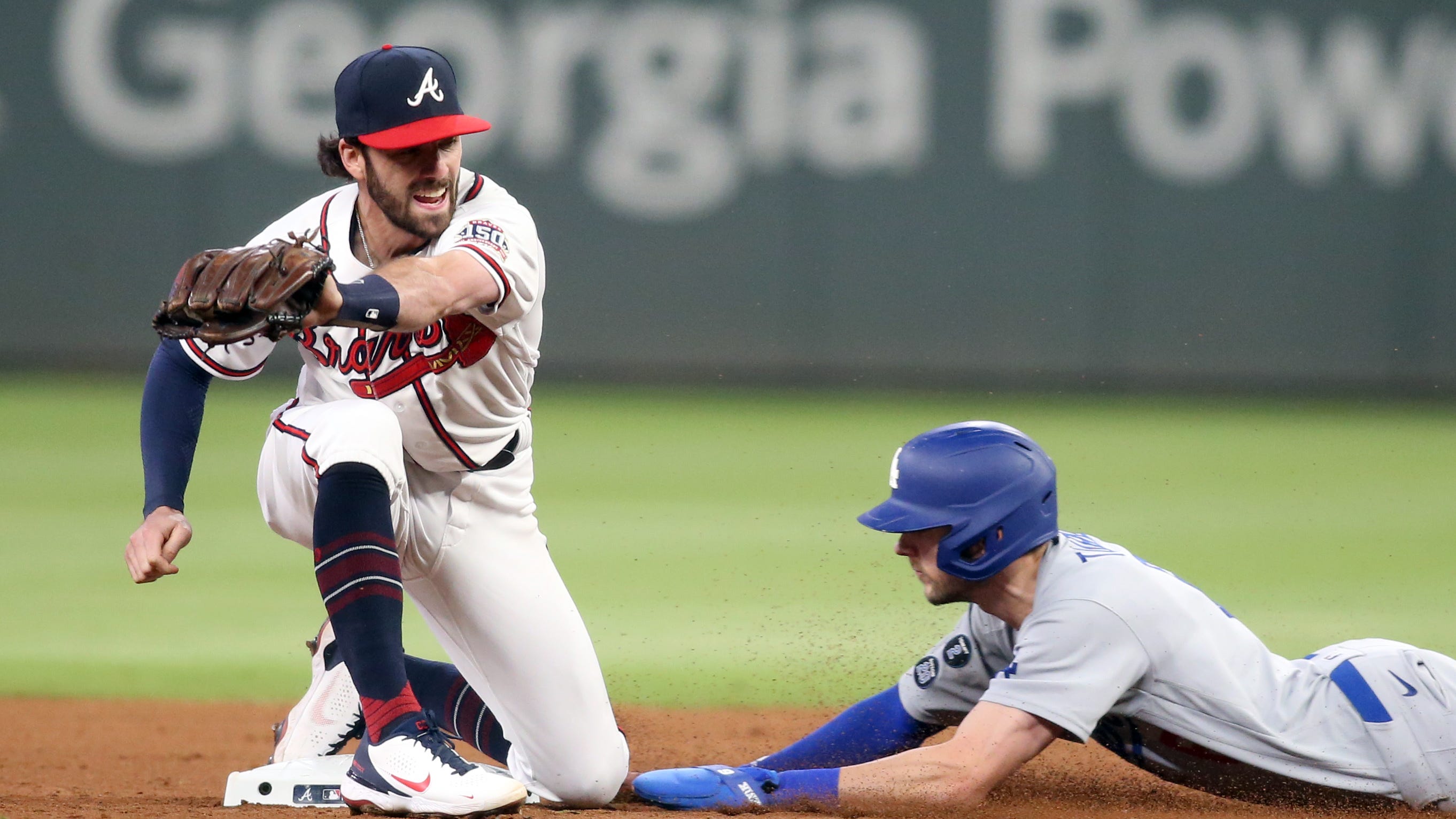