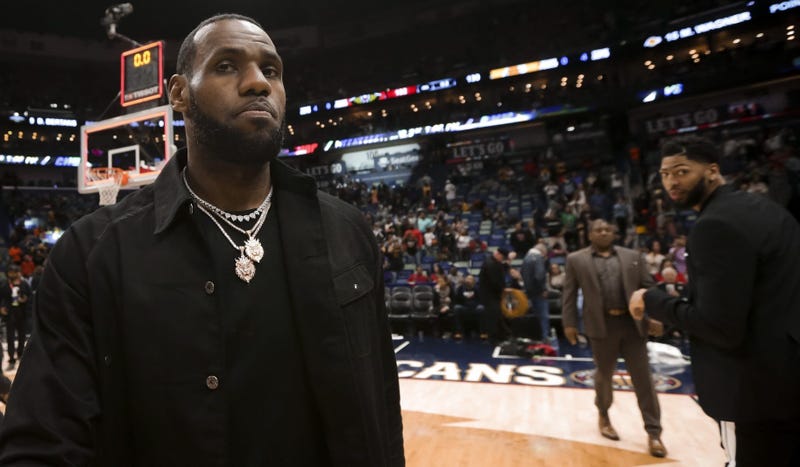 There is no better way to summarize the Lakers debut of LeBron James, erstwhile rival of the Warriors, than this clip from ESPN’s Brian Windhorst on the “Five Reasons Sports” podcast.

LeBron’s first go-around in LA, which will end without so much as a playoff appearance, nevermind a Finals trip, was derailed by a groin injury and an ill-fated — and highly public — campaign to procure Anthony Davis from the Pelicans.

“His season’s over,” Windhorst continued. “He’s not going to have five months off. They’re going to film Space Jam in June and July, and if that movie is a success… and Warner Brothers gets their investment back and it makes money, LeBron is going to have the possibility to make more movies — either whether he’s in them or it’s with his production company.”

“I mean, if you make a successful movie, the door opens to you in Hollywood.”