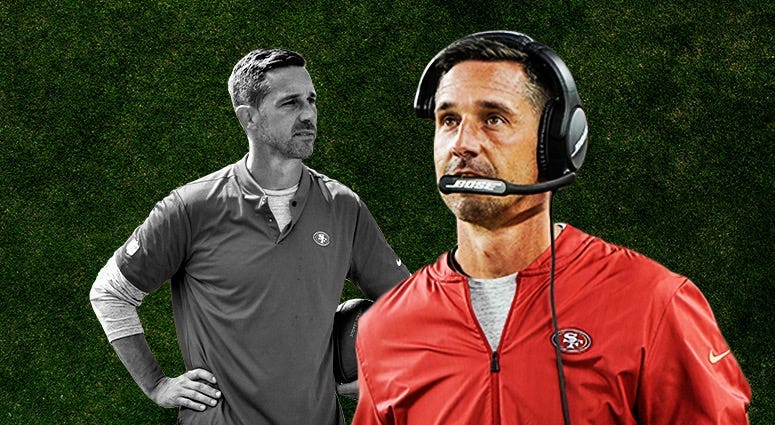 When mid-January rolls around and the NFL is preparing for the Super Bowl, a buzz surrounding Mobile, Ala., starts to encapsulate the football scene, but why? The simple answer is it’s start Senior Bowl week — but what really is the Senior Bowl, and why is it important to the 49ers? Let me explain.

Media, coaches, scouts, general managers and prospects descend on the southern town to see some of college football’s best prospects compete for a week leading up to the Senior Bowl game. The competition throughout senior bowl week, from the 1-v-1 drills, to the 7-v-7 practices will have a massive impact on the stock of a player come draft time in February. The Senior Bowl is arguably the second most important week outside of the combine in the pre-draft process.

The 49ers will have a birds-eye view of all the Senior Bowl proceedings as Kyle Shanahan and his staff will oversee the South roster. As many coaching staffs will be in Mobile, It cannot be stressed enough how important it is that the 49ers staff will be coaching one half of the Senior Bowl — it gives the 49ers a massive edge in the pre-draft process from several reasons.

Similar to the entire draft class, the edge rushing group at the Senior Bowl is full of talent, arguably the best group in Mobile.

We have an idea of who prospects like Montez Sweat, Charles Omenihu, and Jalen Jelks are because of their dominance at power-5 schools like Mississippi State, Texas and Oregon, but the beauty of the Senior Bowl is it brings players from smaller schools to compete against the best. The Senior Bowl is one of the best opportunities for small school players to show out against premier competition, so when seeing the edge group in Mobile, guys like Jaylon Ferguson from Louisiana Tech and Oshane Ximines from Old Dominion are players to get excited about.

Jaylon “The Sack Daddy” Ferguson was a production machine for the Bulldogs over his career, like NCAA all-time sack leader good. Ferguson racked up 45 career sacks at LA Tech, which was better than Terrell Suggs 44 sack record that stood since 2002. Ferguson is a heavy handed pass rusher that can overwhelm offensive tackles playing heads up or out wide on the edge. The reason I’m personally excited about Ferguson is his elite hand movement, something I value heavily when evaluating a pass rusher. If Ferguson can impress in Mobile He could hear his name called in the top-15 come April.

As for Ximines, he is an interesting watch because he is a fringe first-round talent, but more ideally an early second rounder which makes him a perfect target for the 49ers. If the 49ers decide to take a defensive tackle, like Quinnen Williams second overall, Ximines would be great value in the second round.

While the edge group has a lot of talent, the wide receivers might be the most intriguing group at the Senior Bowl.

The receiver group as a whole is very deep in 2019, and at the Senior Bowl that hasn’t changed — a great thing for the 49ers who need help at receiver. The Senior Bowl group has an electric group of small school athletes that start with University of Massachusetts wide receiver Andy Isabella, a name you will not only know, but want on your team after Senior Bowl week.

Isabella will get labeled as your standard gritty slot receiver, but he is much more. He has elite speed, I feel like I need to say it again ELITE SPEED. He’ll get compared to Julian Edelman, but he’s more of Tyreek Hill or Brandin Cooks and he will prove that in Mobile. His mix of blazing speed, footwork and burst will help him stand out in 1-v-1 drills. There isn’t much doubt he’ll be on not only the 49ers radar, but every team in the NFL.

Next up in the small school standouts to watch is Keelan Doss of UC Davis, a local kid from Alameda who was a monster in Davis over the past three seasons. He’s got legit size that he uses to manhandle corners in the Big Sky — something that will be tested in Mobile.

Headlining the receiver group in Mobile will be Deebo Samuel from South Carolina. Samuel is special with the football in his hands, the definition of a dynamic playmaker. One thing to keep in mind when hearing about Samuel is he dealt with a super inconsistent passer in college, so the fact he will have some legit passers throwing him the ball will greatly benefit his draft stock, enough to where he could be a first round pick.

The last receiver I have to mention is David Sills V, strictly because he just seems like a Shanahan guy. He’s not incredibly athletic, but he does everything else right, and his character is reportedly off the charts. If I were to bet on a player the 49ers will draft in April who will be in Mobile, Sills V would be the odds on favorite.

When it comes to DB, the group is a little thin at first glance, but the group might have the best prospect in the entire Senior Bowl in Nasir Adderley from Delaware.

Adderley has everything you want in a safety, downhill speed, smooth, ball skills and size. Adderley is another guy who balled out at a small school and will be tested in Mobile. There’s rumors Adderley will get some run at corner too, which would only help his value. Adderley could be a legit top-15 pick after the Senior Bowl.

When it comes to corner, the 49ers owe the Senior Bowl scouts a favor because there is a bunch lengthy corners that match what Robert Saleh loves in corners. Lonnie Johnson Jr. from Kentucky, Amani Oruwariye from Penn State and Isaiah Johnson from Houston. Johnson stands at 6’4, 205 lbs with long arms to match. Johnson is raw, but another guy I’m pinning in as a potential player the 49ers could fall in love with.

Moving on from certain position groups there are some players that stick out on paper as potential fits for the 49ers. Starting with the offensive line, Washington’s Kaleb McGary would be a plug-and-play tackle that could be had in the second or third round. McGary could start out as a swing tackle, and move to right tackle once Staley retires.

Stanford linebacker Bobby Okereke is another player I have highlighted heading into Senior Bowl week as a potential 49er. They need significant help at linebacker and Okereke could be a local target from general manager John Lynch’s alma mater. Okereke has range and intriguing coverage traits. The Senior Bowl will be a good test of Okereke’s ability to learn and diagnose plays.

Touted quarterbacks Drew Lock, Will Grier, and Daniel Jones will all be showcasing their skills in Mobile and that could have an affect on the 49ers.

In showcase games, quarterbacks have the biggest advantage. They don’t deal with any pressure and will have all the time to show off their arm talent. There’s rumors floating around that teams like Lock and Jones enough to go to somewhere in the top-15, with wowing performances in Mobile, teams could tip the 49ers as a potential trade up spot to grab one of the quarterbacks. Keep an eye on Buffalo’s Tyree Jackson, a player I’ve been interested in for awhile now. He’s massive and has a rocket for an arm, another guy teams could fall in love with.