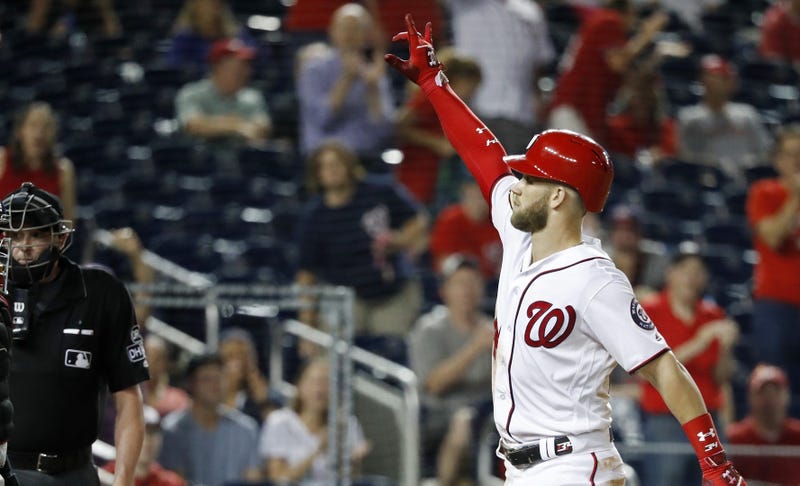 Add another name to the list of reported contenders for Bryce Harper. MLB.com’s Jesse Sanchez has the specifics:

Sources: The Dodgers are back in the mix for Bryce Harper. Club officials, including manager Dave Roberts, were seen in Las Vegas on Sunday. https://t.co/cBRqZx4kOO

#Dodgers’ interest in Harper is short-term, sources tell The Athletic. After turning down #Nationals’ $300M, Boras/Harper obviously want to go long. If short-term is in play, other teams also might jump in. All hinges on whether #Phillies are willing to top $300M and close deal.

According to Joel Sherman of the New York Post, the Dodgers won't stray from their policy of avoiding monster long-term deals. But they'll still show him the money:

"What the Dodgers are willing to do is make Harper the annual value champion, so at least $35 million a year, perhaps closer to $40 million, but only for three or four seasons — perhaps five years to get a deal done. So to just give a guesstimated total, $150 million."

MLB Network’s Jon Heyman also provided some details on the new development, which does the Giants no favors:

The revelation via @JesseSanchezMLB that the Dodgers are now in on Harper is an interesting twist to say the least. Have heard there are 5 teams in at moment, though the situation is fluid. https://t.co/XhdnZqCbCK

It's unclear who exactly all five of those teams are, but the Phillies, Giants and Dodgers are all on the list...

Dodgers look like big threat at moment since it is well known Harper loves a big stage. Plus, they wisely reset their tax last year. Still, it’s a surprise in terms of positional needs and recent M.O., which has included staying away from big ticket items.