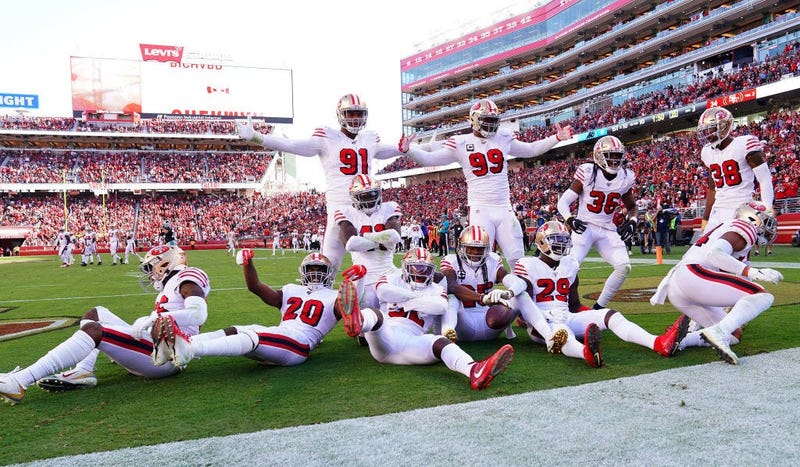 It is not part of the master plan for the Bay Area's amalgamated teams to move aside and allow the San Francisco 49ers their 20 weeks of fame. It just seems to be working out that way — and for that matter, only because small sample sizes and short attention spans tend to work in concert.

The 49ers have taken their hill by extending their season losing streak to zero for the seventh consecutive week. In beating Carolina with such ruthlessness, they also lengthened the number of weeks in which they have done whatever they have wanted offensively — run the ball, keep the ball — and terrorized the other offenses (including three inexperienced and four embattled quarterbacks). They have made the postseason a fait accompli in less than half a season and are on the verge of convincing even Las Vegas bettors that they are worthy of financial endorsement.

But it has not gone unnoticed that the rest of the Bay Area's teams, both professional and collegiate, have thoughtfully gotten out of the way for them. While all this fact measures is attention spans for uncommitted fans (no Raider fan, for example, is ever going to start watching the 49ers instead of their own team, and other teams' fans have their own concerns and aren't going to take the burdens of even an undefeated team), it is worth noting, if at least briefly, that:

# The Raiders are 3-4 and turning south after an intriguing start.

# The Warriors are 0-2, slow, defensively poor and already in need of a modified world view.

# The Sharks have played more games, looked barely better than the Warriors and just got owned by the Ottawa Senators, the NHL's version of the Miami Dolphins.

# Stanford, Cal and San Jose State are all 4-4 for the first time in forever (no, I'm not looking it up), and only the Spartans are happy about that because they've had only two winning seasons in this century.

# Women's college basketball, which is typically a haven, hasn't started yet, and baseball is back in stasis; the A's are trying to figure out how to skip the wild card round forever, and the Giants still don't have a manager.

In short, the 49ers have the uninterrupted attention spans of media scum, so that works fine for them — until they start losing, if that happens. Bandwagons are heavy and useless things for players and coaches to drag around, as the New England Patriots have shown time and again by refusing to do so. Yes, the 49ers are playing with the casino's money right now, reinventing themselves after four years of hot garbage and a coach-general manager-owner three-way feud before that, and more hot garbage before that. But people bring attention, attention brings expectation, expectation brings absurdities and absurdities bring twisted narratives. All of which I'm for because I vote Chaos 2020.

But this is the business a good 49er team has chosen. Everyone else getting out of the way is on them.