The Golden State Warriors are riding high after winning their fourth ring in the last eight seasons. While some players jawed off at the doubters in the media, no player may have gone harder after their critics than Draymond Green has.

During an appearance on The Daily Show Tuesday night, Green spoke with Trevor Noah about feeling hamstrung about not being able to talk back at Celtics fans as well as what keeps him motivated after having so much success in the NBA. Without hesitation, Green answered the question by saying his friend and enemy LeBron James.

Green followed his answer up by asking Noah and the audience if he would be in the GOAT conversation next to James if he won one more ring over James, who only has four.

“Well, LeBron has four and if I get five I’m the greatest ever, right?” said the Warriors star.

“LeBron has four and if I get five I’m the greatest ever, right?” 😂

Despite the friendly jab at James, the Warriors forward has nothing but respect for the King. During a recent episode of his podcast, Green mentioned that James himself congratulated him after the Warriors closed out the Celtics in Game 6 of the NBA Finals.

“I was on the phone with ‘Bron the other day, and I’m just telling him like ‘Bruh, going from three to four is insane’ and he was like ‘Yo, I’m telling you, It’s crazy.”

Green also used a bulk of a crossover episode with JJ Redick's The Old Man & The Three to rip on Skip Bayless and Kendrick Perkins for their negative takes on the Lakers.

While I don't think Green could ever pass the King in the GOAT conversation, his teammate Steph Curry has certainly catapulted himself into the chatroom, especially if can match rings with James. 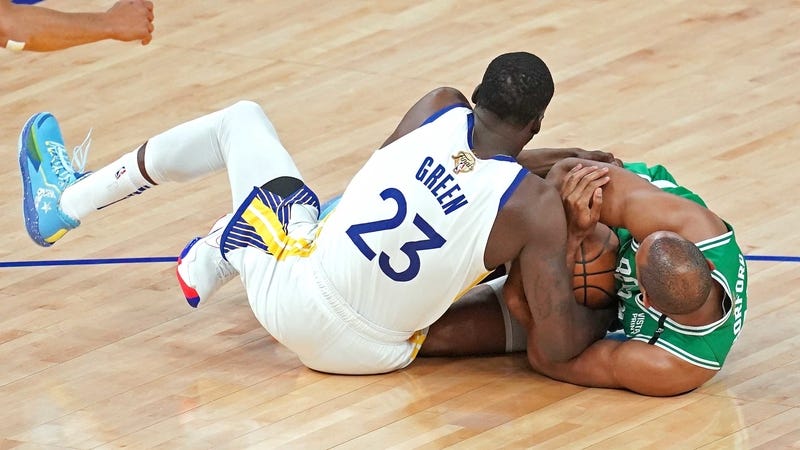