The Bucks are NBA champions (the result of series MVP Giannis Antetokounmpo going supernova with a 50-point explosion in Tuesday’s clinching Game 6), but we can’t live in the past. That was a whole 10 hours ago. It’s on to bigger and better things like the NBA Draft, which (checks calendar) is a mere eight days away.

Speaking of the draft, we’ve been mocking it up the past few days, partnering with our pals over at Locked On Podcast Network to bring you the Ultimate Mock Draft 2021, a five-part podcast series projecting every first-round pick with contributions and analysis from Audacy insiders Jimmy Patsos, former Phoenix Suns GM Ryan McDonough and Brian Scalabrine of Boston Celtics fame. Wednesday’s pod features picks 13-18 with plenty of big names from Power-5 schools, a couple of juicy trades to dissect and even a sampling of this year’s international talent. While the mid-first round may not be as sexy or glamorous as the early lottery, it should be noted that two of the top performers in this year’s Finals were drafted 13th (Devin Booker in 2015) and 15th overall (Giannis in 2013).

To get you caught up in case you missed our first two installments, here are recaps of picks 1-5 and 6-12. 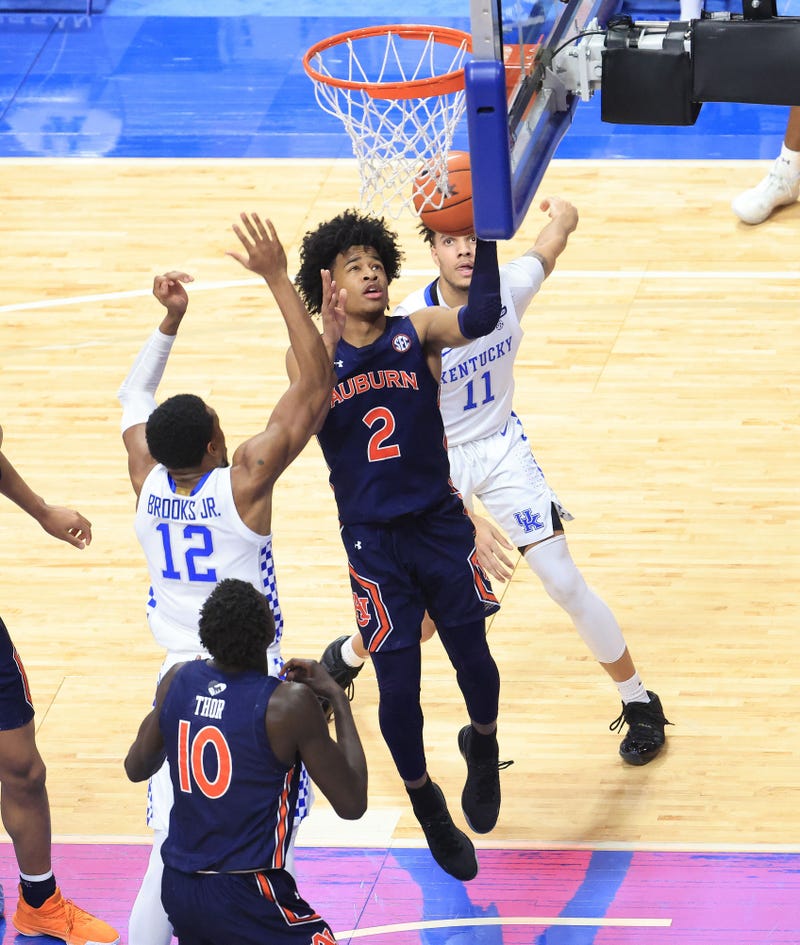 Analysis: "The Pacers select Sharife Cooper, a six-foot guard out of Auburn University, where Cooper was excellent for the Tigers in his only season playing college basketball, scoring over 20 points per game and dishing out over eight assists per game, which really highlights his skills well. He’s excellent at getting by defenders and creating shots for both himself and others, an invaluable skill in the NBA. He can get into the teeth of the defense and make guys rotate around and shift to either get to his own spots to score or to set up his teammates for productive and efficient shots to score. In the current NBA, guys who are versatile on offense and multifaceted and can create shots are really valuable. Look at the Atlanta Hawks in the playoffs. They had tons of those guys. They were able to score a lot, score often and make it to the Conference Finals. Sharife Cooper can bring that to the Pacers, an invaluable skill that they need more of.” – Tony East, Locked On Pacers Podcast 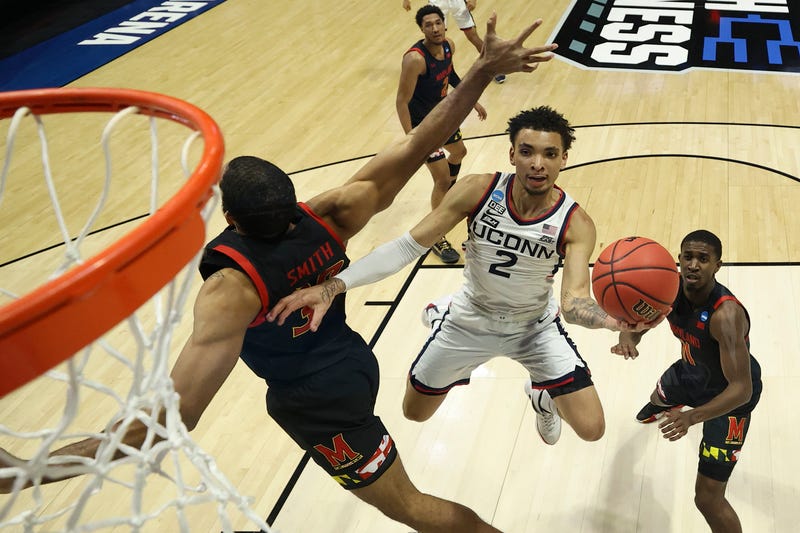 Analysis: "So we have a trade here in the late lottery. Memphis trades up. They get James Bouknight, the talented scoring guard from UConn. Mychal Mulder, Alen Smailagic and Gary Payton II are also heading to Memphis in the deal. The Golden State Warriors, in more of a win-now move, get Kyle Anderson, who can play right away, and a 2022 first-round pick. That pick originally belonged to the Utah Jazz. I like Bouknight’s scoring ability. He’s a talented scorer. He’s wired to score. He aggressively looks to get downhill and attack the basket. He’s a pretty explosive athlete. I like his breakaway speed in transition as well as his ability to finish above the rim. This is a player that Danny Hurley and the guys at UConn threw some lobs to, and he knows how to create points. He averaged about 5.5 free-throw attempts per game and made 78 percent of them. So Memphis gets another talented young piece as they look to build around Ja Morant and Jaren Jackson Jr.” – Ryan McDonough, Audacy 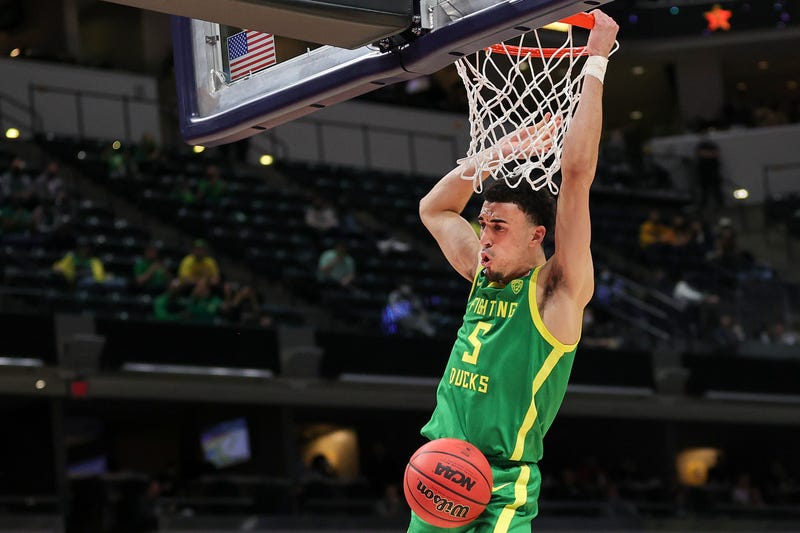 Analysis: "Swingman Chris Duarte from Oregon is exactly what Bradley Beal and Russell Westbrook need in this draft from the Washington Wizards. Duarte averaged 17 points a game. He shot 53 percent from the floor, 42 percent from three. I thought he showed tremendous leadership ability, leading the Oregon Ducks to the Pac-12 regular season title and a Sweet 16 run. Now Duarte is 24 years old. He’s moved around all his life, from different schools to different locations including international travel. Two established stars in Beal and Westbrook won’t be too much for him to handle. Because of his age and his maturity, he’ll be able to play and help you win right away. This team is lacking a three-and-D player with the skill set of Duarte. Nobody will be happier than Westbrook and Beal with this selection.” – Travis Thomas, The Team 980 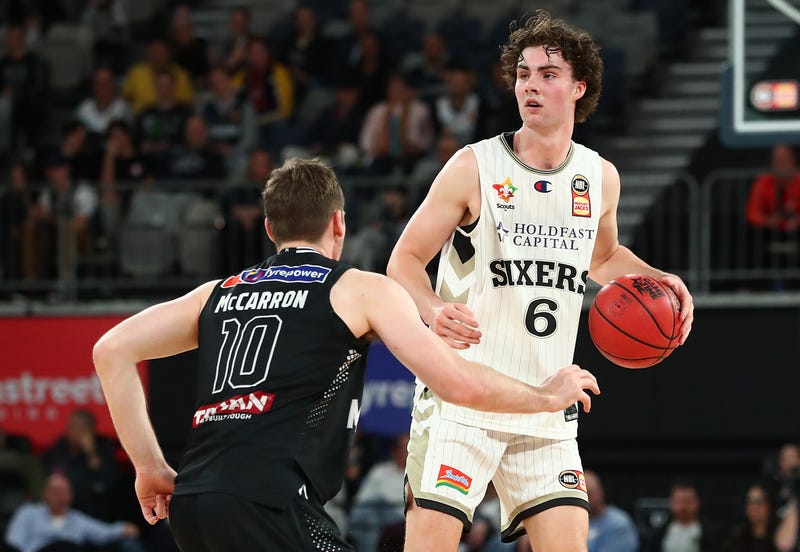