Big man Andrew Bogut spent parts of five seasons as Klay Thompson’s teammate with the Warriors. Bogut played a crucial role on the team’s 2015 NBA title and he played in 30 games with Golden State in 2019, when he joined as a late-season addition.

After Klay made his special return to Chase Center Sunday night, Bogut joined 95.7 The Game’s “Steiny & Guru” Monday afternoon to discuss what makes Klay so unique and more. Listen to the full interview below:

“He’s one of the most non-chalant superstars that we have,” Bogut said. “What you see is what you get. He’s himself and he’s kind of quirky, funny, hilarious and goofy at times. Thing I love about Klay is, he’s not trying to be somebody he isn’t like a lot of other NBA stars. He seems himself. He’s a joy, for the most part, because what you see on camera, that’s Klay.”

Bogut actually played three minutes in Game 6 of the 2019 NBA Finals, when Klay tore his ACL on Day 0 of his 941-day comeback journey, which culminated Sunday night. The Warriors are 30-9 and just added one of the game’s top shooting guards.

“I think they’re better than anybody thought they’d be right now,” Bogut said.

The 7-footer said he’s looking forward to the return of second-year center James Wiseman, who could scrimmage and start doing contact work this week as he works back from a nine-month absence due to a torn meniscus.

“They are small,” Bogut said. “I think Wiseman coming back will help shore up that defensive presence inside and some more rebounding. But there’s not many teams, at least out West, that have a dominant one-on-one 7-footer. [Denver Nuggets center Nikola] Jokic is probably the one out West that you look at as far as one-on-one action. Then there’s [Philadelphia 76ers center Joel] Embiid out East.

“But there’s not that many teams that I think worry the Warriors from having a defensive five man that can really guard. [Utah Jazz’s] Rudy Gobert is probably the most dominant big, but he’s not a one-on-one guy. He’s pretty easy, you can guard him with Draymond if you have to.”

Bogut said he also thinks the Warriors could benefit by adding a veteran big man later this season.

“Maybe they can pick up someone around the [trade] deadline, a buyout guy for some insurance,” Bogut said. “I think that’s the way they’ll move to go, to get another physical body on that bench wouldn’t hurt.” 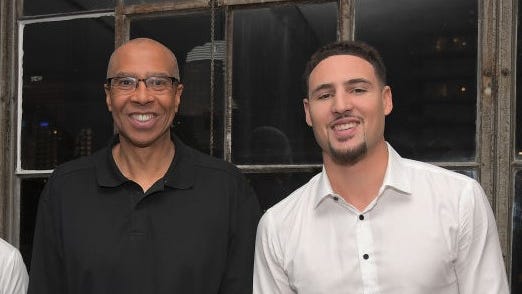