The Warriors might still be hungover from Monday’s championship parade on Market Street, but Thursday night’s NBA Draft is rapidly approaching.

Golden State holds the No. 28 overall pick in the first round and the No. 51 and No. 55 selections after finishing with the third-best record in the regular season (53-29) and winning the 2022 NBA title last week in Boston.

After the Warriors led the league with a payroll in excess of $340 million, there were rumblings they could be looking to trade out of the first round to save money. Golden State president of basketball operations/general manager Bob Myers said money shouldn’t be an issue heading into the draft, calling the skyrocketing salaries “a high-class problem” to have.

“I don’t think money is gonna be a factor as far as whether we trade out or keep the pick,” Myers told reporters Wednesday. “It’ll be if it makes sense, so it won’t really be a money decision. We’ve got 15-20 players up on the ninth floor right now watching film, getting the draft order, getting our board aligned. We’ll be ready. Like I said, we’ve been in this position before. You get a guy like (Jordan) Poole, it shows you how valuable it is to get it right. Don’t get it right every time, we’ve had some guys that haven’t worked out. Then free agency’s like 10 minutes after that.”

The NBA is yet to release an official start date for the free agency moratorium, which allows teams and players to negotiate for several days before making any contracts official, but CBS Sports reported that it could open on June 30.

With their winning culture, Myers and the Warriors hope the franchise’s allure can do a lot of the legwork.

“I hope that our players will give us a chance to respond to an offer,” Myers said. “They don’t have to; they don’t owe it to us. That’s what you get when you win and you create a good environment, you might get a chance to match something – although they don’t owe it to us. We’ll have to react. Sometimes the money doesn’t line up for us or them and you move on. But our hope, our goal is to bring all those guys back and try to do it again. They were all great in different ways and all filled different needs for us. A lot of our free agents had big moments in the NBA Finals, which means they’re pretty important.”

Looney and Payton figure to get big pay raises this offseason. Iguodala, Porter, Bjelica, Lee and JTA might have to stay near the veteran minimum to come back with Golden State.

“Players usually go with what’s best for them,” Myers said. “Which we have no issue with. We’ll try on all those guys. All these guys are great. Free agency, unrestricted especially, it is under our control to a certain extent, but in some ways it’s not. When I was an agent, I probably felt like I had more control than a team, because I had more information, I knew what the market was. I don’t know what the market is for these guys, nor will I. Sometimes you find out with a Woj tweet that a guy’s gone.”

“Our goal, our hope, is to bring all of those guys back and try to do it again.”

Not to mention the team has an October deadline to work a rookie contract extension with Poole – a deal that could be in the nine figures. Oh, and Andrew Wiggins is about to enter the final season of his max contract while elevating his game to unprecedented heights. It’ll cost a pretty penny to keep this squad together.

Myers admitted that he felt major pressure from owner Joe Lacob to win a title this year, given the way he opened up the checkbook.

“We’ve blown through these budget thresholds before, it doesn’t mean we’ll do it again,” Myers said. “It’s pretty case specific. It wasn’t public, but when we had this roster, Joe said paying this much money doesn’t make much sense if we don’t think we can win a championship. He said that before the season and he said that during the season. There were many times where we did not look like a championship team. The pressure I felt in the front office is, if we spend this much money and lose in the first round, that would be pretty catastrophic.”

Of all the free agents, Looney and Payton probably figure to have the most suitors. Especially the 26-year-old Looney, who proved himself with a career year playing a league-high 104 games, including all 82 regular-season contests and 22 in the playoffs.

“What more can you say about Loon?” coach Steve Kerr said. “He’s a championship center, modern-day switch defender which is what it takes in the playoffs. As the 30th pick seven years ago, the way he’s worked, the way he’s developed, the way he’s become a big part of our internal leadership fabric. He’s a huge component to our success. We all want him back. We’re all rooting for him personally to get a really good contract. Hopefully it’s from us.”

Iguodala’s body betrayed him this season, as knee, hip and back issues limited him to just 31 regular season games and seven postseason contests. Still, Kerr wants to keep Iguodala on the team, saying the two will talk within the next couple of weeks about his decision.

“I think he’s way too smart to sit next to me and come to all of our coaches’ meetings and do this,” Kerr said. “He was a coach in the locker room this year for our guys. I would love to have him back on the roster if it works out. I know Bob feels the same way and things have to fall into place. … It’s never an easy thing to retire and walk away from the game that you love and people that you love. So it’s a really big decision for him. But if he decides to come back, we’d be thrilled. He means so much to us in so many different ways.” 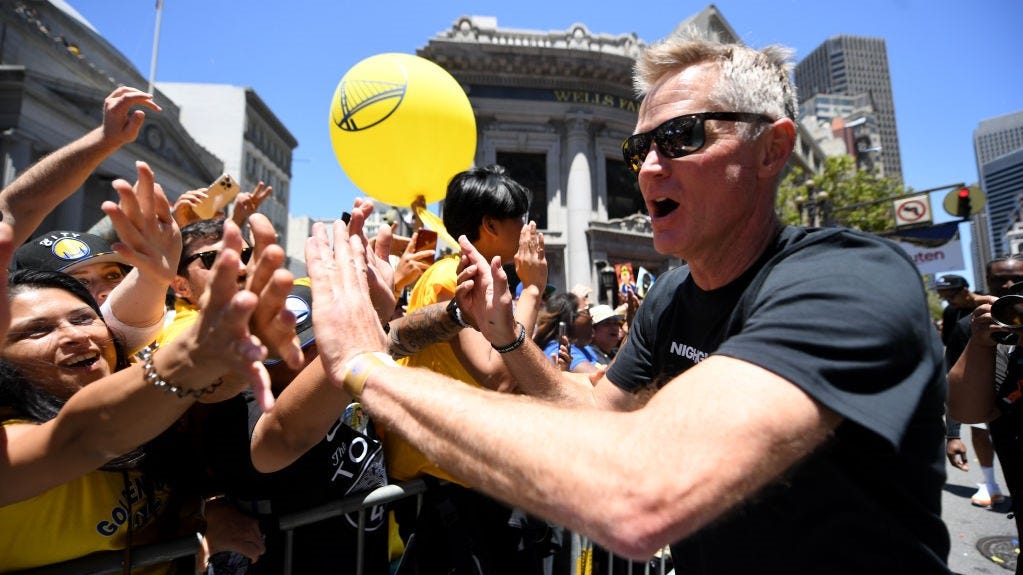