The Warriors will continue to ride with Mike Brown.

About two hours before Monday night’s tip-off for Warriors-Grizzlies Game 4 of the Western Conference semifinals, Brown found out he would be acting head coach for Golden State after Steve Kerr tested positive for COVID. Earlier in the day, Brown was also named the new head coach for the Sacramento Kings for the 2022-23 season.

Warriors president of basketball operations/general manager Bob Myers joined 95.7 The Game’s “The Morning Roast” Wednesday for his bi-weekly appearance and discussed the unique coaching situation. Check out the full interview above.

Myers started off his Q&A with Bonta Hill and Joe Shasky by updating Kerr’s status.

“He’s doing all right,” Myers said. “He wants to be coaching. We kinda had a moment of levity after he tested positive. That night I told him, ‘You just don’t wanna coach in the playoffs, do you?’”

As Myers noted, Kerr also had to miss some playoff games in 2017 while dealing with complications from 2015 back surgery. Brown filled in until Game 2 of the NBA Finals and went 11-0 en route to the team’s second title in three years.

Under the NBA’s health and safety protocols, Kerr will be sidelined until at least Sunday, or he records two negative results at least 24 hours apart via PCR testing. Game 5 is set for Wednesday night, as the Warriors have a chance to close out the series. Game 6 would be held Friday if necessary and Game 7 would be Monday.

“Steve’s doing all right,” Myers said. “He’s not in danger or anything. He doesn’t feel 100 percent great, but he’s fine just like a lot of people hopefully that get COVID are – I think it’s a lot safer now to get it than it was without all the vaccinations and everything. But hopefully we get him back soon.”

Myers said Brown deserves a lot of credit for guiding the Warriors on an emotional day, as Draymond Green was also grieving the loss of his close friend and former Michigan State teammate Adreian Payne, who was shot and killed Monday. The Warriors survived a sloppy start and went on to win 101-98 with a fourth-quarter comeback.

“Mike didn’t show up that night with any inclination he was gonna be coaching the team,” Myers said. “He’s got a great way of communicating and he’s got great leadership skills. Those people are hard to replace. He’s got a ton of experience in the NBA. He coached Kobe Bryant, LeBron James and in the Finals when he was in Cleveland. That’s a hard thing to replace. We will miss him, we will miss his acumen, his personality.”

“We put our fans through a ride and we’re still going,” Myers said. “Never had a season like this.” 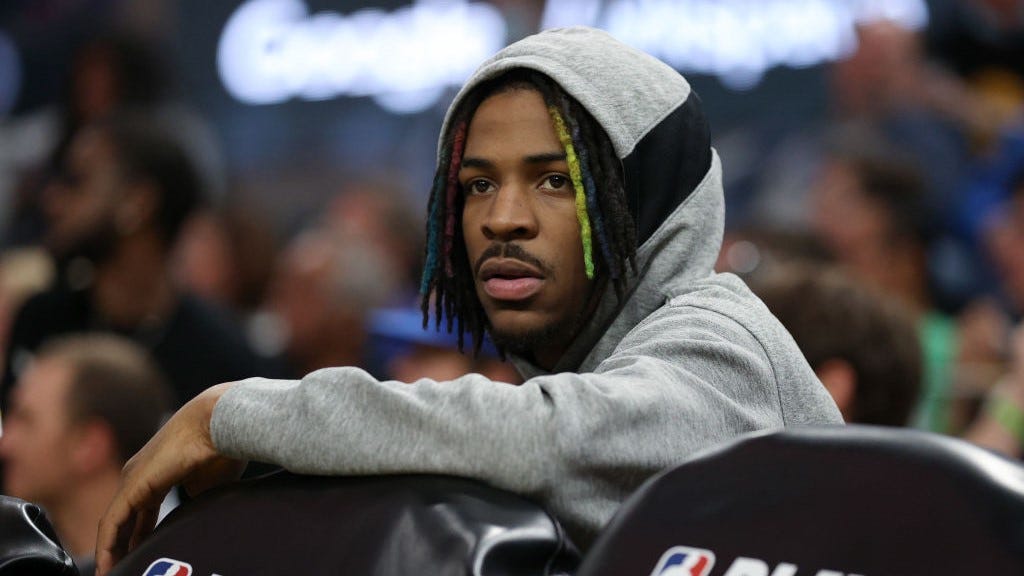 Ja Morant doubtful for remainder of playoffs with knee injury