As recent as 2020, ESPN’s Bomani Jones hesitated to classify Steph Curry as a bona fide superstar.

After watching Steph lead the Warriors to another title, their fourth in eight seasons, Jones offered a colorful mea culpa during his appearance Wednesday with 95.7 The Game’s “The Morning Roast.”

“Any measure of skepticism that I had had about Steph Curry at various points – he just wiped his ass with every single one of them and put it right in my face, like, ‘Hey smell that,’” Jones told hosts Bonta Hill and Joe Shasky. “That’s what it was last year.”

A bit graphic, but all right then, Bomani! First, let’s revisit Jones’ claims from 2020.

In August of that year, as the Warriors wallowed in the muck of having the NBA’s worst record, Jones joined 95.7 The Game with Damon Bruce, Ray Ratto and Matt Kolsky. Jones told the guys he had his reservations about slapping the superstar label on Curry.

“He's in that weird space on superstar. I am notoriously strict on who I call a superstar," Jones said. "This doesn't have anything to do with Steph Curry. I'll name only three or four people in the league at a time as being superstars. I did JJ Redick's podcast and he made the point that if Steph doesn't get locked up by Kevin Love, am I saying the thing about him and his ability to get his own shot? Maybe.”

“This is my metric for (NBA) superstar -- do you have a chance to win a championship just because we got you?" Jones said, via NBC Sports Bay Area. "We'll work the rest out, but if the first thing you tell me is that this guy plays for us, then we got a chance to do this. … To have the chance, you have to put this fairly specific set of things around him. And he can't guard nobody.”

Steph famously tweeted a photo of himself with his trophies and a cigar on parade day with the caption, “What they gonna say now???” His quality defense was undeniable in the Finals.

While Steph would have no complaints about his supporting cast, according to ESPN’s Top 100 player rankings, he’s not surrounded by another Top-30 player. On the list, where Curry is ranked No. 5, the next player on the list was Andrew Wiggins at No. 32, followed by Klay Thompson (No. 37) and Draymond Green (No. 43).

Jones’ doubts have been answered. He said Wednesday that Steph can take his legacy a step forward with another championship this season.

“If Steph goes and wins a championship this year, and somebody says, ‘He had a better career than LeBron James,' What’s your argument against it?” Jones said. “I’m not sure I have the answer for that definitively. I’m saying, if I’m talking strictly in fairness, if he is five-time NBA champion Steph Curry who was responsible and the centerpiece of the best dynastic sort of run of basketball that I think we’ve seen post-Michael Jordan – if that happens – what can you say about the dude? How can you say somebody else is the player of his era? That becomes a fascinating question. He’s that dude. Period.” 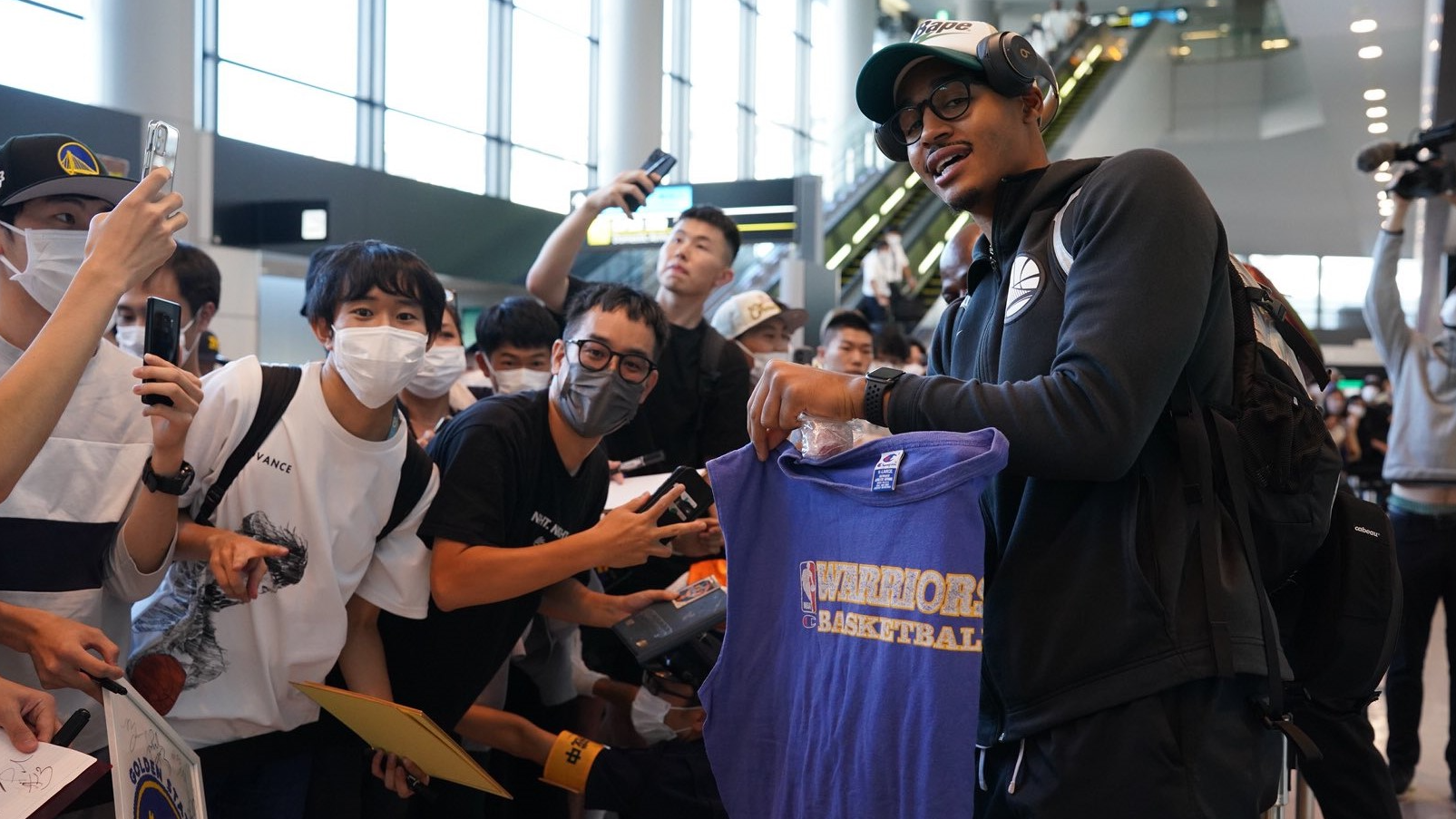