ESPN’s Brian Windhorst raised some eyebrows with his postgame analysis from Game 5 of the NBA Finals.

After Andrew Wiggins dropped 26 points, grabbed 13 boards and threw down an exclamation point dunk to lead the Dubs to a 104-94 victory – on a night when Steph Curry went 0-for-9 from 3-point land – Windhorst called it a “checkbook win” for the Warriors. On Wednesday, he joined 95.7 The Game’s “The Morning Roast” to further explain his comment, characterizing it as a “compliment” for the Warriors’ front office. Check out the full interview here:

At the crux of Windhorst’s initial comment is the fact Andrew Wiggins is making $31.6 million this season as the fourth max contract player on the team – along with Curry ($45.8 million), Klay Thompson ($38 million) and Draymond Green ($24 million). The Warriors also have a league-leading $340 million payroll when you factor in luxury tax.

“They have a $340 million payroll, you just don’t have to beat the Warriors on the court, you gotta beat their checkbook…this was a checkbook win for the Warriors” pic.twitter.com/3OzI3Jc0pX

“Andrew Wiggins with the supreme moment in his career. He was a throw-in in a trade. Other teams would have gotten rid of him. They’ve got a $340 million payroll when you consider taxes. You just don’t have to beat the Warriors on the court, you gotta beat their checkbook. Nothing away from Andrew Wiggins tonight, but this was a checkbook win for the Warriors.”

On Wednesday, Windhorst said the “checkbook win” statement wasn’t a jab, but rather an acknowledgment of Golden State’s organizational success.

“I was giving the Warriors a compliment for being able to stick with spending through their rebuild and that’s why they have the depth on this team," Windhorst said. "Nobody would argue that (general manager) Bob Myers and his front office have done a tremendous job, and that (owners) Joe Lacob and Peter Guber have done a great job of financing the team, but it is not a level playing field.”

Bonta Hill took issue with the last part of Windy’s explanation, saying, “Isn’t that the fault of the other owners? Because the Warriors are using their resources well within the rulebook to spend the money that they have and they spent it on homegrown talent. (Dallas Mavericks) Mark Cuban makes all this money, he doesn’t spend at all. That’s his fault.”

“I don’t know why you’re implying what I said was a negative,” Windhorst said.

Shasky explained his interpretation of the “checkbook win” statement.

“It feels like a back-handed compliment,” Shasky said. “It felt like you were picking up water for some of the poor owners who refuse to dip into the luxury tax.”

“I was praising them,” Windhorst responded. “When you go against the Warriors, you’re going against a team that has incredible financial might. That’s just a true statement.” 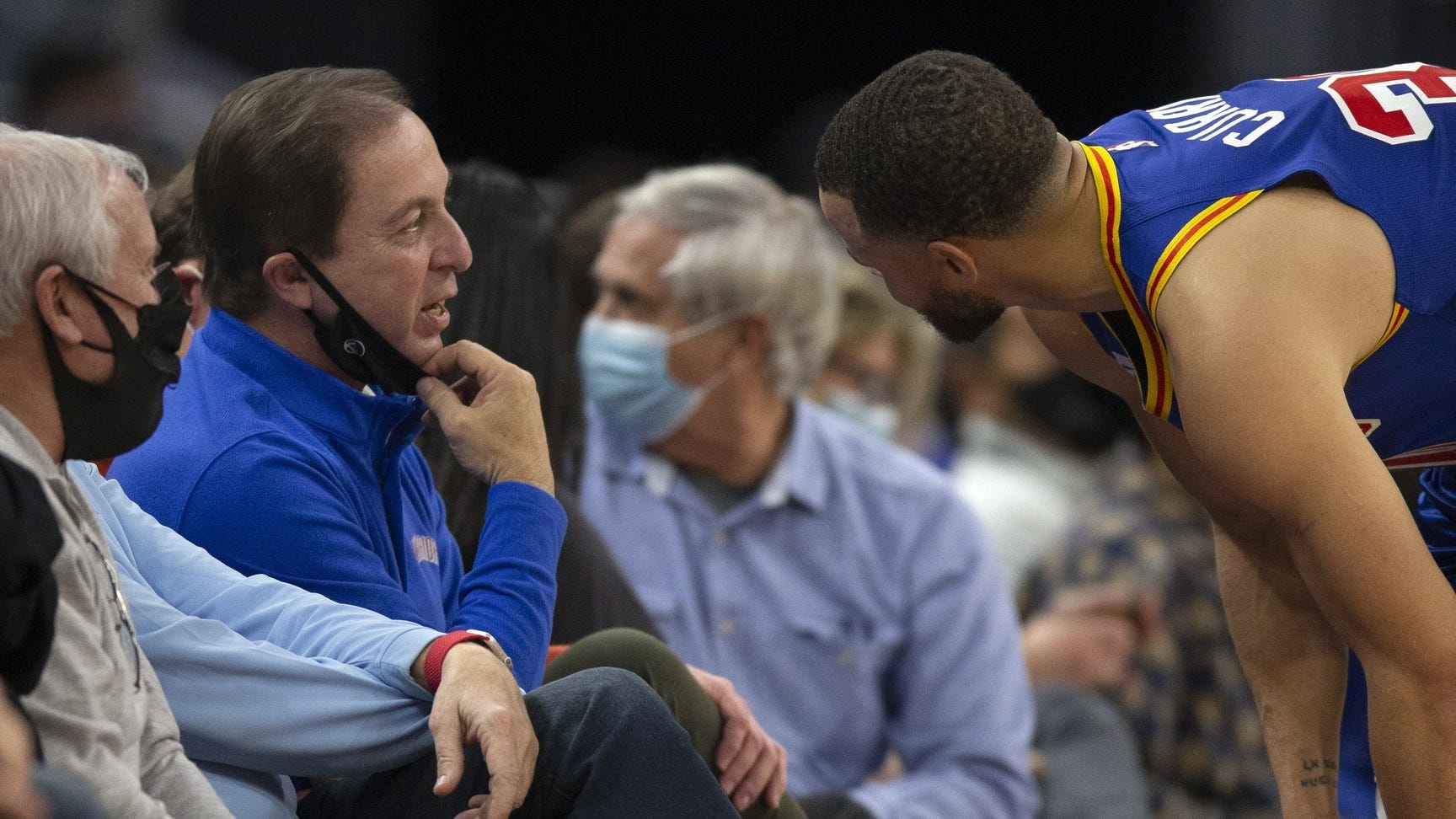