The second unit is taking shape and has a new look following the departures of veterans Otto Porter Jr., Nemanja Bjelica, Gary Payton II, Juan Toscano-Anderson and Damion Lee. Now the Warriors are relying on free-agent signee guard Donte DiVincenzo and forward JaMychal Green to play big roles off the bench while continuing to usher in the next wave of Jonathan Kuminga, Moses Moody and James Wiseman.

As of now, you can probably pencil in Jordan Poole, DiVincenzo, JaMychal Green and Wiseman into the second unit, while coach Steve Kerr has some options at wing including Kuminga, Moody and uber-veteran Andre Iguodala, who officially returned to the squad Monday.

“It’s looking like our second unit is a little stronger,” Iguodala said Monday. “And that’s not a knock on what we had.”

“We’ll see,” Warriors coach Steve Kerr said. “I thought last year’s second unit was pretty special. Otto and Gary had great seasons. Beli did some really good things for us. It’s definitely a good look. I like the talent level, between Moses and JK and Wise, Jordan. We got a lot of guys with a lot of ability. But the ability has to be matched by knowledge and understanding of the game.”

DiVincenzo, 25, is listed at 6-foot-4, 206 pounds. He averaged 9.0 points, 4.0 rebounds, 2.8 assists and 1.8 3-pointers made per game last season. Despite DiVincenzo’s 34.7 percent career clip from 3-point range, which is slightly below average, Kerr still views him as a quality shooter.

“Donte fits right in with our team, the way we play,” Kerr said. “He’s got a really good feel, great shooter. Really good ball handler, passer, playmaker. Thrilled to have Donte. I think he could make a big impact on our team this year.”

DiVincenzo said the biggest takeaway from his time with the Warriors so far has been watching Steph and Klay work without the ball.

"I think for me, a big thing was a lot of the conditioning stuff," DiVincenzo said. "Even when Steph and Klay, they're shooting, they're always moving. They're rarely using spot shots."

Defensively, DiVincenzo ranked among the 92nd percentile for deflections per 36 minutes last season (3.4), according to Crafted NBA. Those deflections, caused by his active hands in passing lanes, could lead to some easy transition buckets with all the shooters on Golden State.

"I focus on the defensive end, for sure," DiVincenzo said. "If I can get deflections, hands on the ball and we can run, it's just going to create more opportunities for us."

The 32-year-old Green averaged 6.4 points, 4.2 rebounds and 16.2 minutes in 67 contests for the Denver Nuggets last season. He said there’s a lot of promise with the second unit.

“It's a lot of talent,” Green said. “Just got to get some practice together and get a little chemistry together but other than that, I feel like it could work. It really can, because you have everything you need out there on the floor.”

JaMychal Green says he and Draymond will "get under a lot of people's skin." 🤣 pic.twitter.com/txUKtHyMsC

Listed at 6-foot-8, 227 pounds and said he’s looking forward to bringing his dog mentality to the Warriors’ frontcourt. He also brings a nice vertical ability that someone like Looney doesn’t possess. 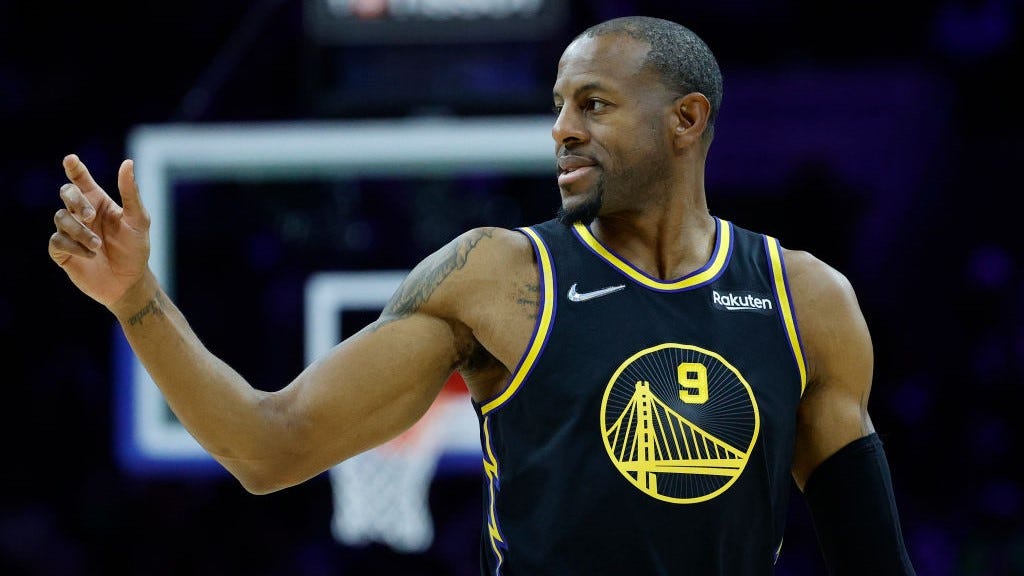