Last season during the All-Star break, Draymond Green took major offense to any comparisons between him and big man Rudy Gobert.

In a late sequence during Sunday’s 137-114 drubbing of the Minnesota Timberwolves, Draymond couldn’t help but laugh after Gobert struggled on the floor following an ugly turnover that led to a second straight 3-pointer from Klay Thompson to ice the victory.

Just seconds earlier, fellow T-Wolves big man Karl-Anthony Towns dribbled around the key clumsily and lost the ball. A real ugly scene for Minnesota, which was a thing of beauty for Draymond and Andre Iguodala.

Dray and Andre's reaction to this play 👀😅 pic.twitter.com/VfG6KBS0Fp

Most of the comparisons between the 6-foot-6 Green and 7-foot-1 Gobert throughout their careers have centered around their defensive capabilities. While Warriors fans know Green’s impact on defense goes beyond his personal stats, he’s never put up the monster blocks or rebounds that Gobert has, perhaps hurting his perception with voters when it comes to Defensive Player of the Year. Gobert has won that award three times while Green has won it just once.

The flipside of Draymond is that he’s a point forward on offense who pushes the pace and helps the Warriors get easy buckets in transition. While speaking with his co-hosts on TNT last season, Green bristled at any comps between him and Gobert.

"You keep mentioning me in the same sentence with him,” Green said, via NBC Sports Bay Area. “We're not alike."

On the afternoon of Oct. 7, a few hours after the Draymond Green-Jordan Poole punch video surfaced, Gobert also sent out the following tweet, seemingly directed at the Warriors star:

Draymond probably didn’t forget that tweet, as he put up a season-high 19 points with 11 assists, four rebounds and two blocks. Gobert finished with nine points, 10 rebounds and a block.

Sunday’s win put the Warriors (11-10) just 0.5 games ahead of the Wolves (10-10). Minnesota has some exciting young talent, but clearly needs to work out some details with Gobert and the new-look roster after his trade from the Utah Jazz this offseason.

The reigning champs are 7-3 in their past 10 and looking like the Dubs again. I think Draymond is just fine where he’s at. 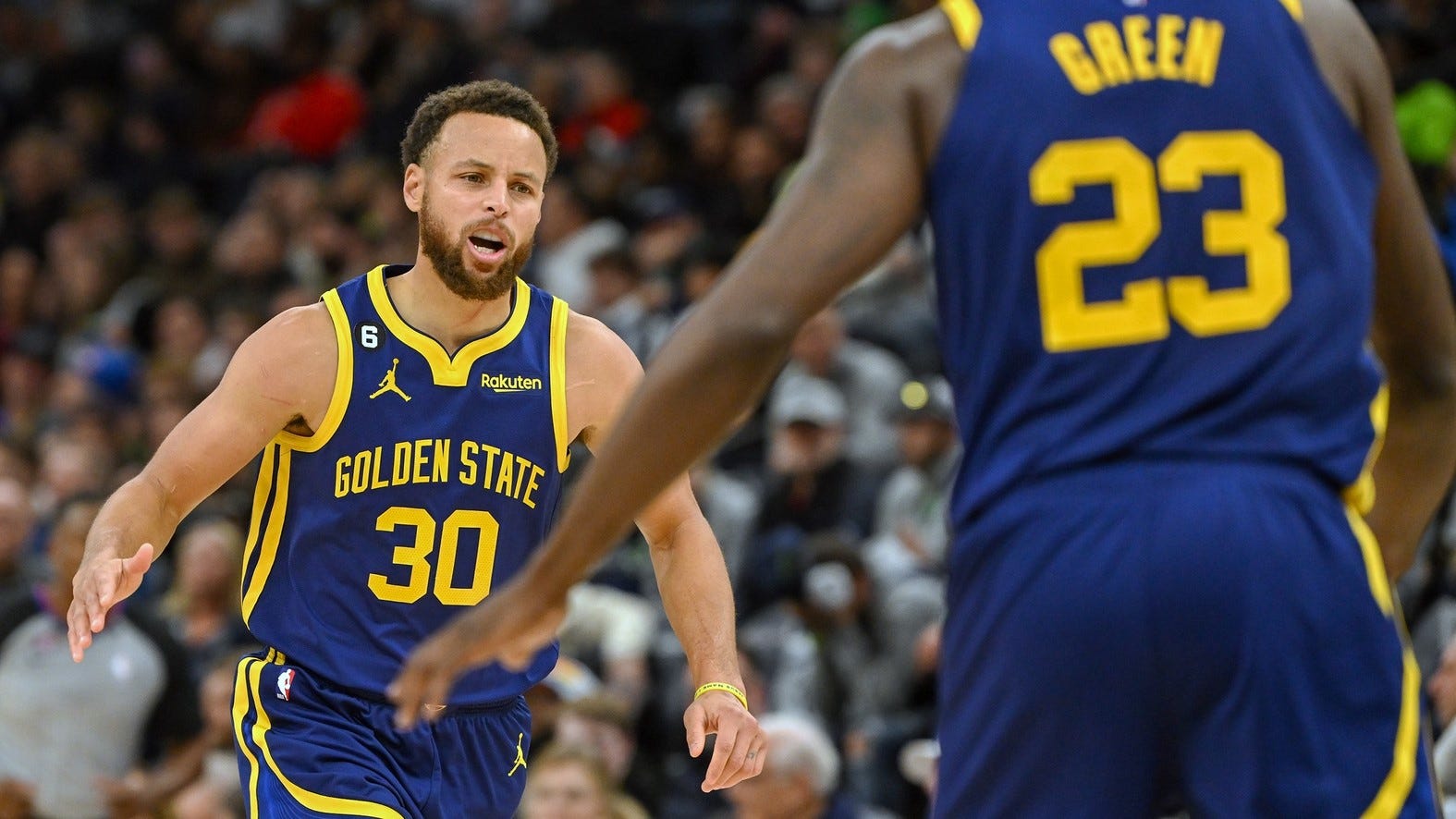