We got our first glimpse of Golden State’s 2022 NBA Draft picks on Friday morning in Japan. In fact, the duo of first-round pick Patrick Baldwin Jr. and second-round pick Ryan Rollins even combined on a pick-and-pop that resulted in a trifecta for PBJ.

Joe Viray of Golden State of Mind shared the clip via Twitter.

"Get" action into a Ryan Rollins-Patrick Baldwin Jr PnP. PBJ with the smoooth stroke. That shot looks wet. pic.twitter.com/UJJA3eskZX

You love to see it if you’re a Dubs fan, as the 6-foot-9 Baldwin showed off a sweet shot for a man of his size.

Both players were held out of Summer League action while recovering from respective injuries. Baldwin has been dealing with a dislocated ankle issue that’s dogged him since high school, while Rollins’ post-draft physical revealed a stress fracture in his foot.

Baldwin scored seven points and grabbed one rebound in eight minutes while Rollins scored eight points with four rebounds in 11 minutes, going 1-of-6 from the floor but 6-of-6 from the line.

Baldwin, the No. 28 pick, and Rollins, the No. 44 pick, will likely start the season with the G League Santa Cruz Warriors barring some very impressive training camps. Given the depth on the Warriors this season, it’s hard to argue. As of now, the guys are probably viewed on the same tier as two-way players like Quinndary Weatherspoon and Lester Quinones, though the long-term ceilings are higher. Ideally, the Warriors would love to usher Baldwin and Rollins in with the next wave along with James Wiseman, Moses Moody and Jonathan Kuminga.

The rookies weren’t the only newcomers to make their Warriors’ debuts Friday, as free agents Donte DiVincenzo and JaMychal Green also played. DiVincenzo in particular looked impressive and like he’ll fit right in with the bolstered second unit, as he scored nine points, grabbed seven rebounds and went 3-of-4 from the floor and 2-of-3 from beyond the arc. He also looks very comfortable with the ball in his hands and could take some pressure of Jordan Poole in that regard.

Donte DiVincenzo was HOOPING in his @warriors debut in the #NBAJapanGames! pic.twitter.com/SCX1YN60ts

DiVincenzo finished with a plus-nine in 17 minutes. Green was much more quiet, going 0-for-3 with five rebounds in a scoreless Dubs debut. 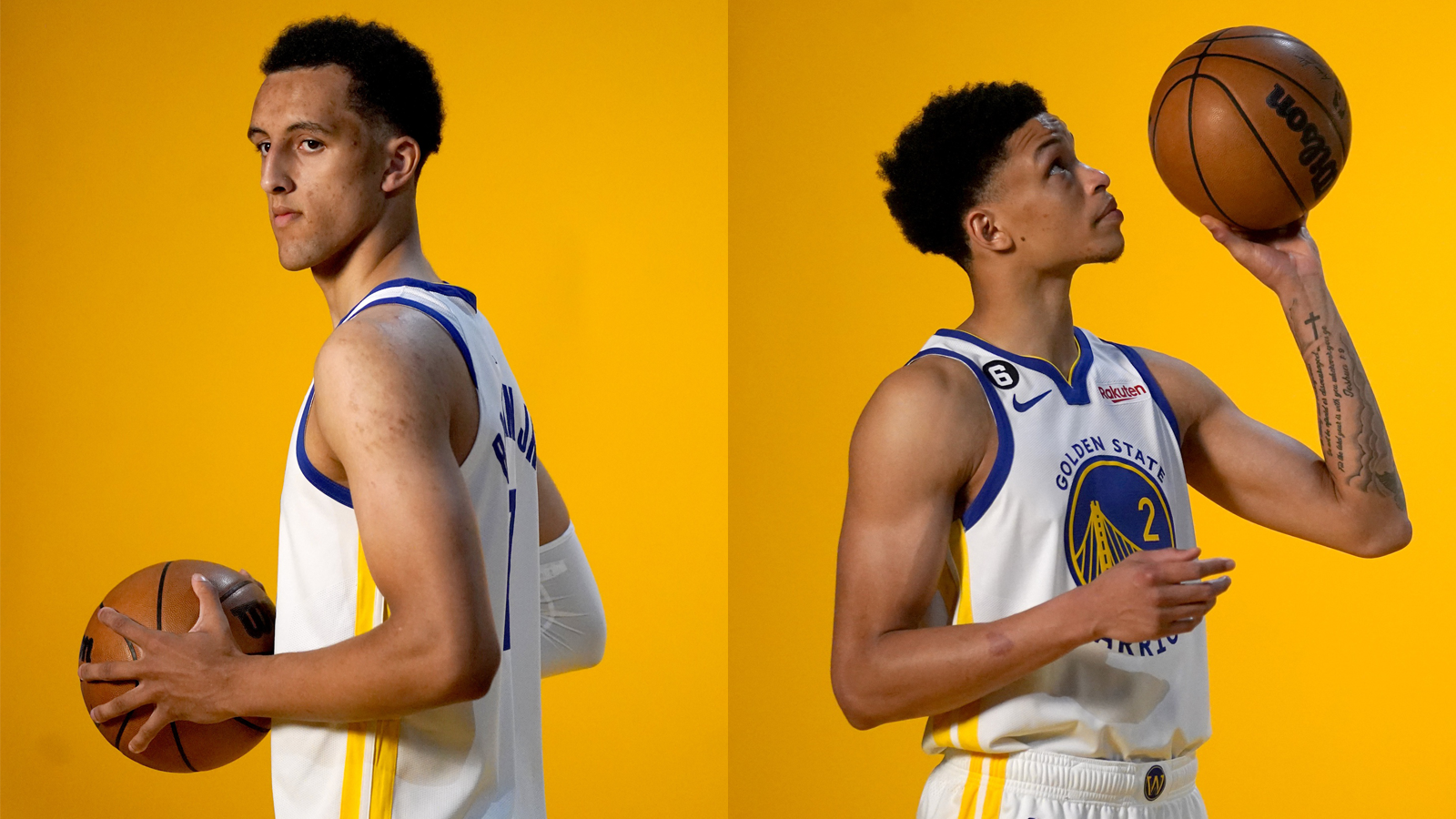