Ja Morant didn’t suit up on Wednesday night as he continues to deal with a bone bruise to his right knee he suffered in Game 3 of the Grizzlies-Warriors Western Conference semifinals. That didn’t stop him from mocking Steph Curry from the bench.

At one during the 134-95 Game 5 blowout, Morant imitated Steph’s 1-2-3-4 finger count he often does after getting fouled on a successful 3-point attempt.

When Morant was healthy earlier this series, the two superstars were exchanging plenty of trash talk.

Wednesday was a humbling evening for Steph and the Warriors, as he told ESPN’s Kendra Andrews earlier in the day that Golden State’s gameplan was to “Whoop that trick” in a reference to the Grizzlies anthem. The Warriors ended up getting whooped, trailing by as many as 55 in the third quarter. In the fourth quarter, the hype man at FedExForum even taunted Curry while the song blared in the arena.

Curry scored 14 points and didn’t look aggressive Wednesday night, going 4-of-10 in 25 minutes. He took the tough loss in stride, though, noting how the Warriors are still up 3-2 and heading back home, where they are 5-0 so far this postseason.

“It’s the playoffs, you gotta be prepared for anything,” Curry said. “Short memory. Still in control of the series. Go home and protect home court like we’ve done all playoffs.” 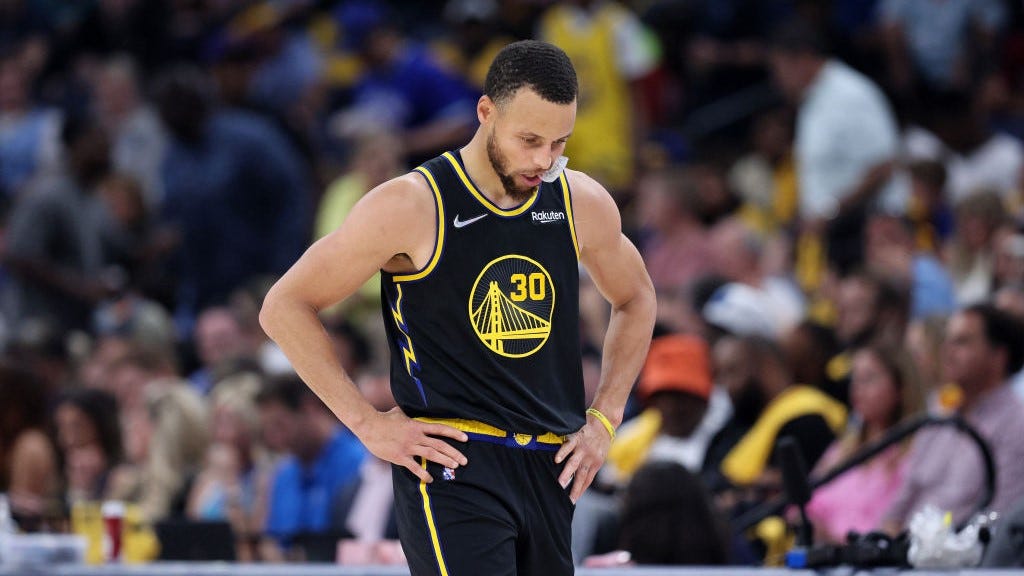