When players put on their jerseys during NBA All-Star weekend, most feel a sense of pride for their franchise, their city, their family and their hometown. For Warriors rookie Jonathan Kuminga, that pride extends to the entire continent of Africa.

The 19-year-old Wednesday was named a replacement player for the Rising Stars competition, where he will be among the top 28 rookies, sophomores and G League players competing in a three-game mini-tournament Friday.

“A lot of people don’t go to sleep. They’re always trying to stay up and watch the game.

Even if I got Steph on the team but mostly they want to watch Jonathan. It’s a good feeling having a continent cheer for you.”

Kuminga on his influence back home pic.twitter.com/peUyCRIYJN

"From what I know, a lot of people back home, not just home, Africa, whenever we play, a lot of people don’t go to sleep,” Kuminga said. “They’re always trying to stay up and watch the game. Even if I got Steph on the team, most of it is they wanna watch Jonathan. It’s one of the biggest feelings. It’s a good feeling having a continent cheering for you."

Kuminga hails from Goma in the Democratic Republic of Congo (formerly Zaire), a country of roughly 93 million people that is rife with poverty and reeling with the fallout of two wars in the 1990s and 2000s.

Kuminga and his older brother immigrated to the United States separately in order to follow their hoop dreams as high schoolers. Kuminga is also cousins with Emmanuel Mudiay, a 2015 first-round pick who most recently played a 10-day contract with the Sacramento Kings in December while COVID-19 ran through the league.

At the age of 13, Kuminga started his stateside basketball journey that included stops at three prep schools in West Virginia, New York and New Jersey before he graduated early and played a measly 13 games with the G League Ignite before getting drafted. Kuminga is just beginning.

As Kuminga’s quote made the rounds on Twitter Wednesday night and Thursday morning (in the States), NBA fans from Africa chimed in to confirm Kuminga’s statement.

Yup! I’m African, I can confirm this is true! #dubnation https://t.co/k55P0Iehio

Yeah I would say he is, in my country at least. Even those who don’t even follow basketball that much. I’m from Rwanda 🇷🇼

Yeah, I started following him cos I'm a warriors fan, but he has quickly gotten the attention of my other friends who all watch live games.

We definitely see his potential and are rooting for him!

Yes he is, like all other African players in the NBA especially those who started in Africa and ended up in the NBA.

Yes he is popular. I am from Malawi🇲🇼 #dubnation forever!!!

It's a small sample size, but you can see that Kuminga's reach extends beyond DRC's borders.

Klay Thompson called it a “travesty” when Kuminga wasn’t originally named to the Rising Stars rosters. The No. 7 overall pick started the season buried on the Warriors’ veteran-laden depth chart but has forced himself into Steve Kerr’s rotation over the past few weeks. Now Chris Duarte’s injury has opened up another door for Kuminga in the NBA’s Rising Stars showcase.

On any given night, the teenager can look like the best player in the arena.

He already has an impressive frame at 6-foot-7, 225 pounds and crazy explosion off the floor. Kuminga held his own in last week’s high-profile matchup against LeBron James and the Los Angeles Lakers and has thrown down some menacing dunks the past few weeks. In eight February games (three starts), Kuminga is averaging 26.3 minutes, 15.3 points and 4.4 rebounds while shooting 60.3 percent from the floor.

On Wednesday night, he calmly knocked down both of his 3-point attempts en route to 12 points on 5-of-6 shooting. Your imagination can run wild on his ceiling. With a few of his high-wire dunks Friday, Kuminga could become a household name in America.

You already know Africa will be tuning in.

“Everybody’s really happy,” Kuminga said. “Especially me making it as a Rising Star and representing my teammates, my team, my family and everybody back home. It feels good.” 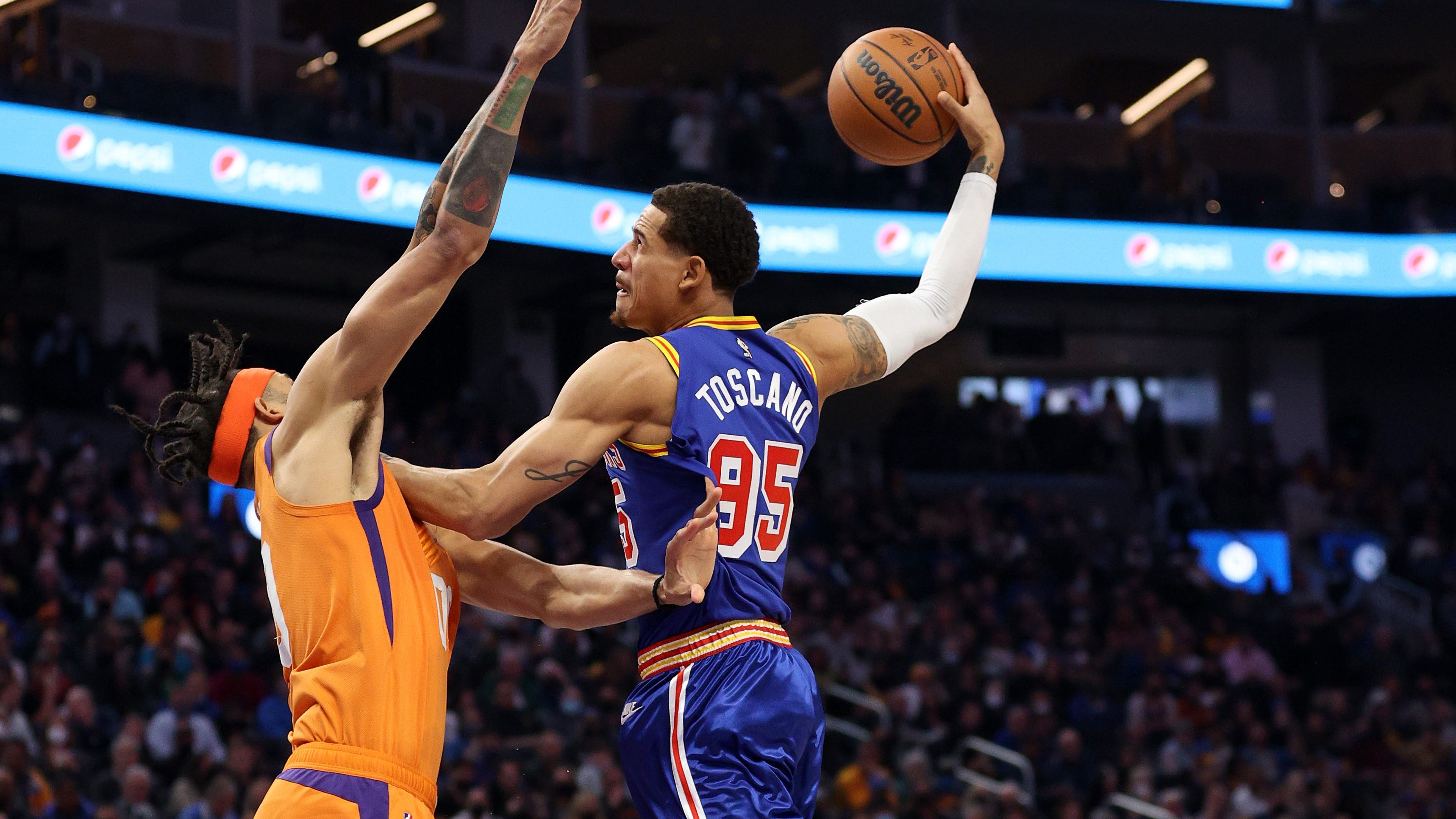