With about four minutes left in the second quarter of the Warriors' 94-92 win Sunday, guard Jordan Poole shook Utah Jazz guard Jordan Clarkson with a nasty dribble near the top of the key. Clarkson crumpled and he went to the floor, before Poole splashed in the 3-pointer. Yeesh.

Poole loves that dribble shake with his right hand. You can’t tell if he’s going to pull up or get to the hoop. Clarkson guessed wrong and had a hilarious reaction once he picked himself off the floor.

In the video below, check out Clarkson’s grimace as he runs back down the floor, before the Warriors’ bench busted out some towels to celebrate.

The bench wiped up the floor after JP dropped Clarkson 😅 pic.twitter.com/dWQMwWV6I3

Poole led the Warriors with 20 points in the gritty 94-92 win that featured some tough defense from the Dubs. Poole continues to shine in a starting role (34 minutes) when Klay Thompson rests, as he builds up his stamina following his two-and-a-half year absence.

After the game, Poole played it cool, telling NBC Sports Bay Area that the move was simply the product of offseason training.

“That’s just summer work right there,” Poole said. “Been working on that move all summer. It was good to get it working in the game.” 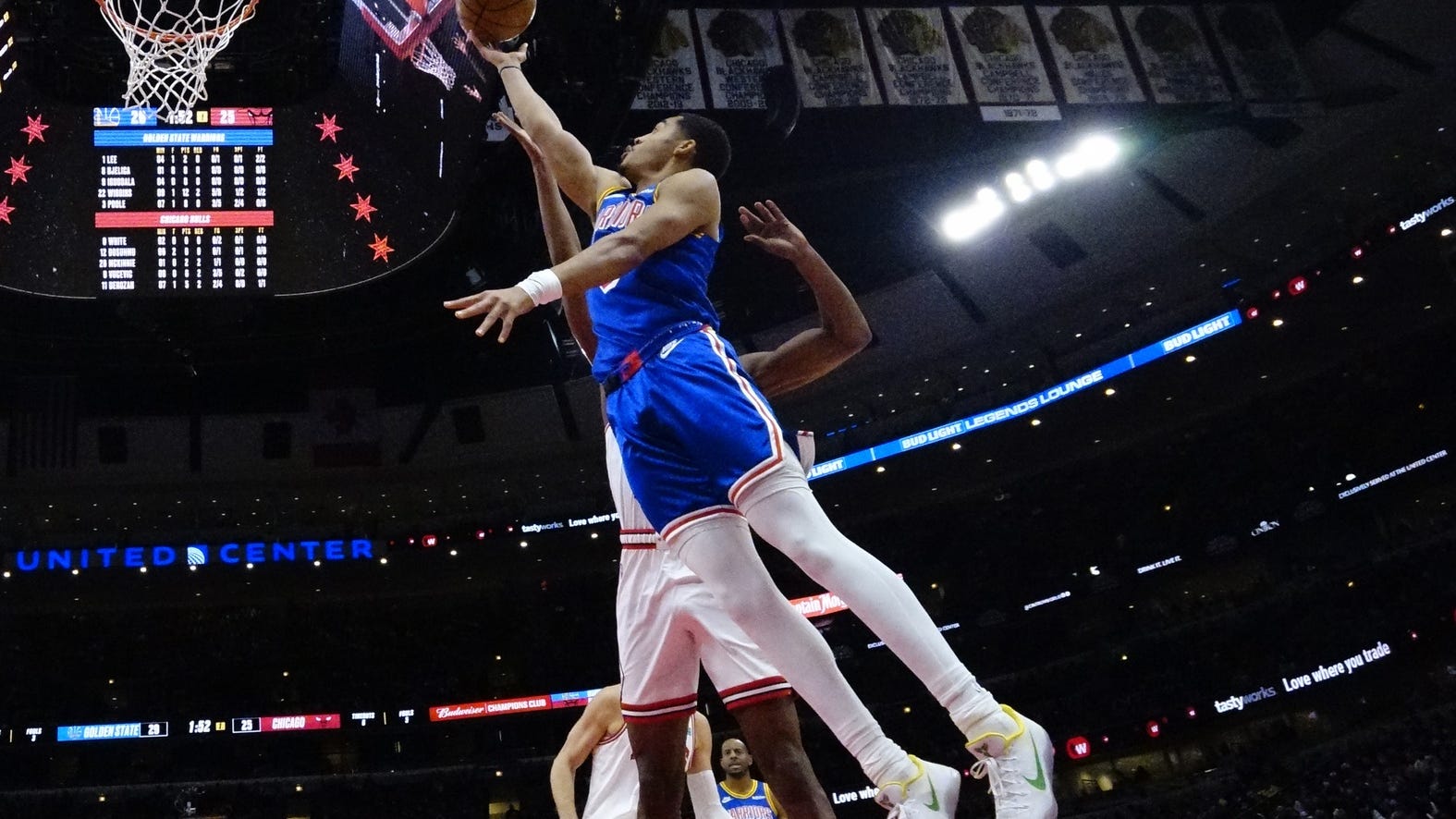