Back from a fun five-day preseason trip in Japan, Jordan Poole and his reps are set to start engaging with the Warriors about a possible contract extension.

General manager Bob Myers recently told reporters that was the plan heading into the Oct. 17 deadline to extend Poole’s rookie contract. If the Warriors can't strike a deal by then, Poole will be a restricted free agent in 2023 and would be willing to listen to other suitors, though the Warriors would be able to match any offer.

Over the weekend, Poole’s eyes probably lit up when he saw that Miami Heat shooting guard Tyler Herro, who was also a first-rounder in the 2019 NBA Draft, signed a four-year, $130 million extension that will kick in for 2023-24. Poole gave his fellow Wisconsin native Herro a shoutout on Instagram after hearing the news.

It comes out to a $32.5 million average annual value for Herro. Considering Poole seemed to be in the conversation for a four-year, $80 million extension ($20 million AAV) less than 12 months ago, according to some NBA insiders, this is clearly a huge jump for Poole’s market.

Here’s a look at some of the contracts that have been doled out to young shooting guards in recent months:

The Warriors are headed towards a salary crunch in 2023-24, but it might behoove them to get a deal done now before Poole pushes his value any higher. Herro won the Sixth Man of the Year Award, after averaging 20.7 points, 5.0 rebounds, 4.0 assists and 2.7 3-pointers made per game.

Though Poole can be the third or fourth scoring option on the Warriors any given night, he still averaged 18.5 points, 4.0 assists, 3.4 rebounds and 2.8 3-pointers made per game while shooting 44.8 percent from the floor and 36.4 percent from 3-point land. Poole is an electrifying playmaker with a saucy handle and you have to think his shooting percentages will only improve in Year 4.

Following the Warriors’ title-clinching Game 6 victory over the Boston Celtics in the Finals earlier this year, Poole and Andrew Wiggins celebrated with each other by saying, “We gonna get a bag!”

That bag could be coming for the 22-year-old Poole within the next two weeks. 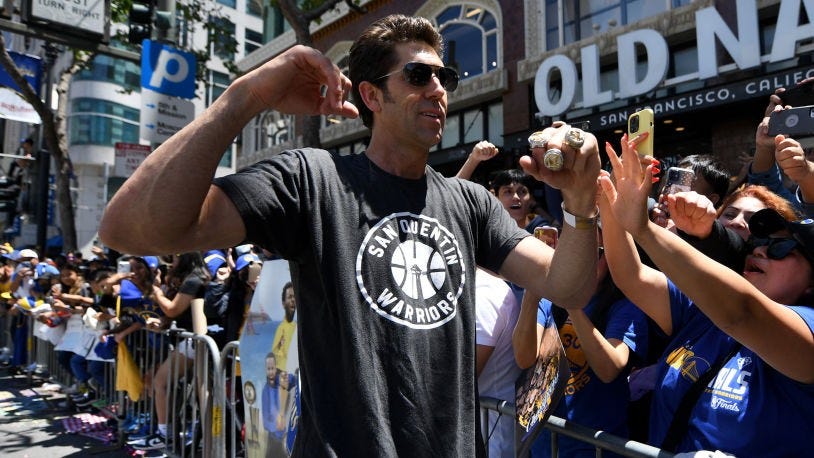