The Athletic reported that Green “forcefully struck” Poole during Wednesday morning’s practice in San Francisco after the two went chest-to-chest in a heated confrontation. The Warriors are considering internal discipline for Draymond, per the report.

Draymond discusses Poole at the 12:00 mark

The incident occurred about 24 hours after the latest drop of The Draymond Green Show, when he said he enjoyed watching the Splash Brothers Steph Curry and Klay Thompson beat Poole and Moses Moody in a 3-point shooting showcase.

"Like Klay said, I absolutely loved watching them humble JP – Jordan Poole, that is – that was fun," Green said. "And then Jordan Poole tried to take the passive aggressive route, like ‘Oh, they’re only the best shooters in the world,’ But you weren’t talking like that before, JP."

Green, of course, was making reference to Klay’s comments to reporters in Japan last week.

"I love shooting the basketball, especially on the same team as Steph,” Klay said. "I’ve gone against him twice in the 3-point shootout, so it was nice to have a combination of great shooting."

Then came his zinger.

"And it was nice to humble Jordan Poole," Klay said.

Clearly, Klay was just joking with the media as he had a big smile on his face. But Draymond was listening. Perhaps there’s a little sliver of truth there from the vets, who have four rings while Poole enters his fourth season as a rising star.

By no means am I declaring Draymond’s pod comments had a role in the fight, but the optics and timing are surely interesting.

The 23-year-old Poole has unabashed confidence and Draymond isn’t going to tone down for anyone. The two members of the Warriors championship core will have to co-exist for at least one more season, so Golden State will obviously try to quash any bad locker room energy before the Oct. 18 season opener.

My guess? Both guys will downplay the whole thing and it'll be a non-issue in the long run.

At the least, Draymond has guaranteed himself a lot of podcast downloads for his next episode. 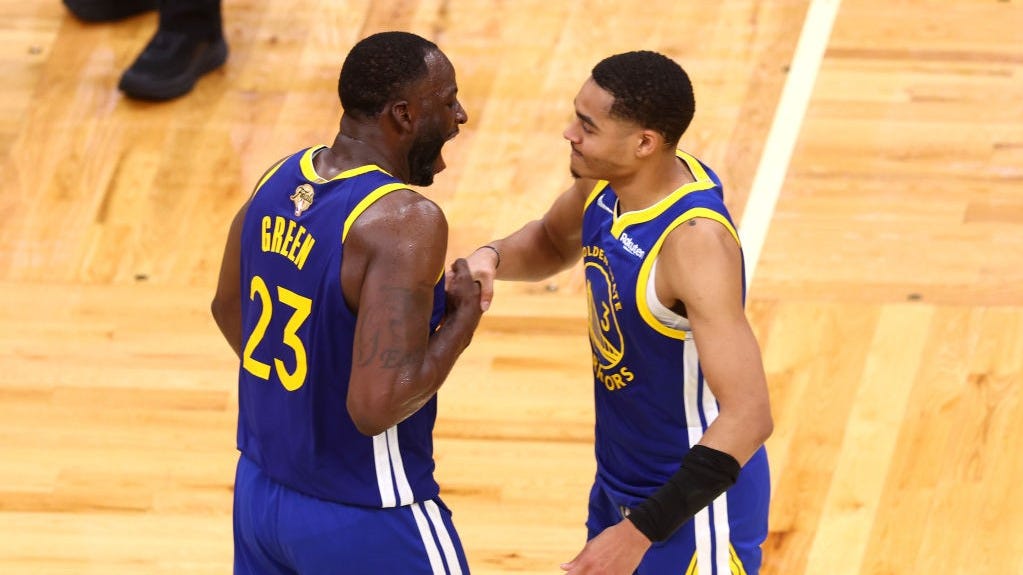