The Warriors slogged through a playoff-like game against the Los Angeles Clippers at Staples Center Sunday but got some big jolts in the second half. While Steph Curry’s frustration over technical foul calls sparked a fourth-quarter flurry that sealed the 105-90 win, Jordan Poole also got some motivation from a tech in the second half.

With 2:35 left in the second half, Hartenstein swatted Poole in the lane and the Warriors guard went to the floor in a heap. A fine play by Hartenstein, sure, but he loomed over Poole and let out a mighty roar before getting a technical foul. Yeah, about that.

JP got hot immediately after this tech on Hartenstein 🙃 pic.twitter.com/9SNrEqXOCa

While Poole had struggled for just four points on 2-of-10 shooting to that point, Hartenstein awoke the slumbering sharpshooter. After knocking down the technical free throw, Poole accounted for the Warriors’ next four buckets -- and they were all 3-pointers. Poole’s salvo helped turn a one-point lead into a seven-point advantage.

The Warriors made sure Poole got his chance to get payback on Hartenstein. Before Poole’s third 3-point make during the run, before he even brought the ball up past half court, Curry set up an isolation play for Poole with a screen on the perimeter. While Hartenstein actually stopped Poole initially, the big fella got lost in the sauce and witnessed a splash.

At this point you know he's targeting Hartenstein on purpose lmao pic.twitter.com/CTK0odCUVU

“They said something in the locker room about it,” Poole said after the game. “All I really needed was a free throw to get going. He did a lot of extra stuff underneath the basket.”

Golden State is 18-2 and chasing another championship in Curry’s prime. The team doesn’t need any extra motivation, but looked like a different beast with the intensity ratcheted up Sunday. The playoff-like vibes don’t figure to be going anywhere with Tuesday’s matchup against the 17-3 Suns and their 16-game winning streak. 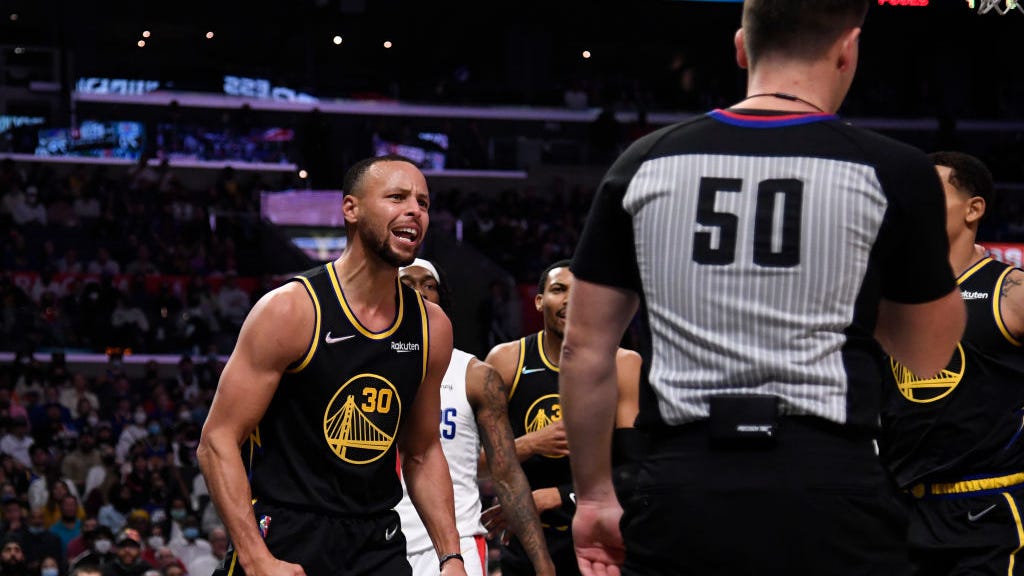