Kevin Durant’s Twitter fingers were back at it on Sunday morning, this time he was engaging with fans calling him out what his legacy will be as he awaits his trade request to be fulfilled by the Brooklyn Nets.

The back-and-forth on social media began when on fan told the 12-time All-Star and two-time NBA Finals MVP that he left the game in worse shape when he found it.

One fan replied he hasn’t ruined the game, but the “team hoppin” after facing adversity was tainting his legacy, which Durant pushed back against, saying his legacy as “never been stronger.”

It’s all a matter of perspective my g. U say it’s tainted, I say it’s never been stronger.

This led to more interaction with Durant and fans. Some good, some bad.

Aye I be wanting people on twitter to realize that they just can’t stand to see me do well in life lol. But to acknowledge that would make them haters so they won’t ever admit but it’s still fun trying ti get them to accept it

So I’m mj now? That’s not a bad comparison. Thank u https://t.co/BdaCwB0DhY

This guys has it figured out. Teach us, please https://t.co/5mMP5tds86

Durant, who turns 34 next month, still has plenty of time to shape his lasting legacy in the NBA. When all is said and done, his accolades and accomplishments on the court will most likely be what people think about first.

But right now he is facing criticism for his trade request from the Brooklyn Nets and it will certainly be part of the conversation when looking back at his career.

Whether or not that will define Durant’s career remains to be seen, but he is indeed, already, an all-time great. 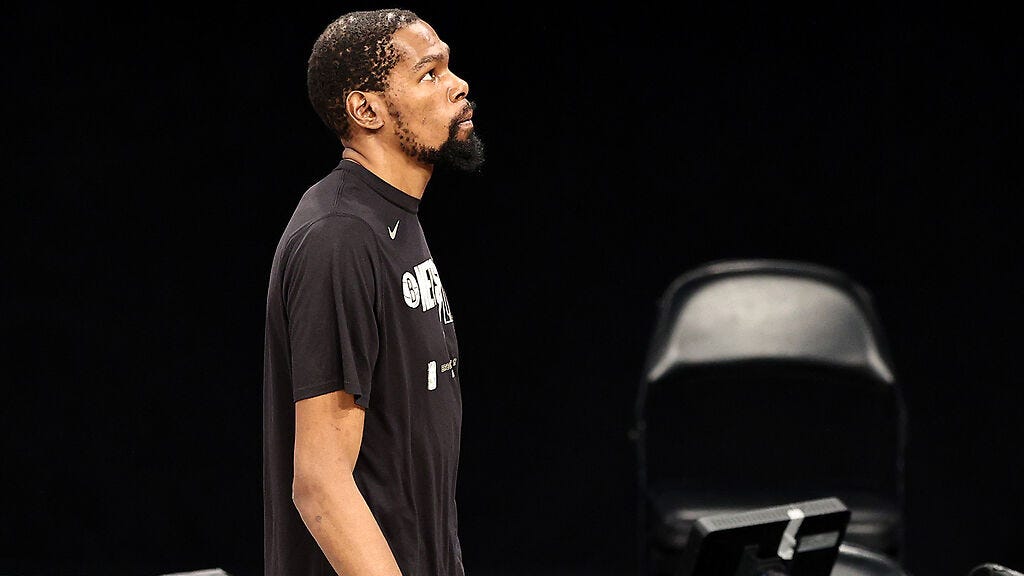 Shaq calls out Kevin Durant after ultimatum: 'Sometimes you've got to look in the mirror'