Kevin Durant has no plans on retirement.

The Brooklyn Nets star made that abundantly clear in a tweet on Monday after a report surfaced earlier in the day that he would rather retire than play another game for the Nets.

I know most people will believe unnamed sources over me but if it’s anyone out there that’ll listen, I don’t plan on retiring anytime soon. Shit is comical at this point.

NBA reporter Marc Stein wrote on Monday that a “well-connected” NBA executive told him during Summer League that Durant was “more apt to retire than play for the Brooklyn Nets.”

Stein also added, “there is a growing expectation in league circles that he will continue trying to cause as much of a ruckus behind the scenes to try to prod the Nets into lowering their asking price at last to facilitate a deal.”

If we want to get technical, Durant did not address the latter but just the retirement part. And, if you want to give Stein or his source the benefit of the doubt, you could say the executive was making a point on just how unlikely it is that Durant will suit up for the Nets.

Of course, that’s not always how things get interpreted and the report created enough of a buzz to get people wondering just how far Durant was willing to go to try and force the Nets’ hand to trade him.

Durant had formally requested a trade on June 30 and reiterated that desire to Nets owner Joseph Tsai last week, giving him an ultimatum: either he goes or head coach Steve Nash and GM Sean Marks go.

Tsai has since tweeted that the front office and coaching staff have his support.

Nets training camp begins in late September and it remains unclear if Durant will actually report if he is not dealt by then. The Nets continue to ask for a massive haul in return for Durant, one of the best players in the league, but their price has not been met by interested suitors. 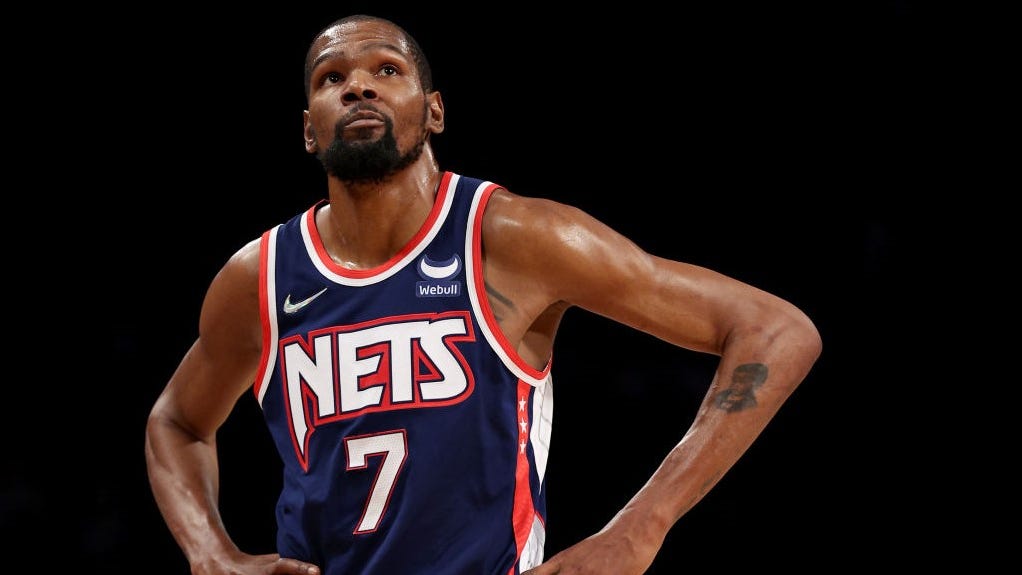 Report: Kevin Durant would rather retire than play for Nets if he is not traded
Featured Image Photo Credit: Getty Images