Is it time to add Steph Curry to the pantheon of Top 10 players in NBA history?

After the Warriors all but punched their ticket to the NBA Finals on Sunday by taking a 3-0 series lead over the Mavericks in the Western Conference Finals, TNT play-by-play man Kevin Harlan thinks Steph is Top 10 worthy.

Harlan joined 95.7 The Game’s “The Morning Roast” Monday to break down Steph’s Top 10 candidacy and discuss the resurgence of the Dubs. Check out the full interview above.

For Harlan, he thinks there’s an overall paradigm shift that Steph is creating as a guard listed at 6-foot-2.

“When you think about the top 10, it’s all bigger guys,” Harlan told Bonta Hill and Joe Shasky. “It’s (Michael) Jordan, LeBron (James), it’s Kareem (Abdul-Jabbar), it’s Wilt (Chamberlain), it’s Shaq (O’Neal). (Steph) is a two-time MVP, he’ll be a guy going to the Finals again – it’ll be his sixth when they make it, and going for a fourth title. These numbers and his performance and his historical rank in terms of 3-point shooting and game-changing performance are without a doubt, things that you have to consider with what he does.

“We’ve got to look at the game differently and not just bulldozers and size and circus performers. We gotta look at it in guys that do what he does. I think, yes, that’s gotta become a conversation point should they go on to win this series – which history would tell you they will – and should they go to win. Even if they make the Finals and don’t win the championship again, which it looks like it’s a foregone conclusion, I’m on board with that (idea he's a Top 10 player). Absolutely, I’m on board with that.”

On Sunday night, Steph dropped 31 points on 5-of-10 shooting from 3-point land that included a no-look trifecta in front of the Warriors bench. Steph also shimmied toward TNT analyst Reggie Miller on the sideline after knocking one down in the second half.

“Reggie loves that stuff,” Harlan said. “Reggie’s all into that, that’s what Reggie played like.” 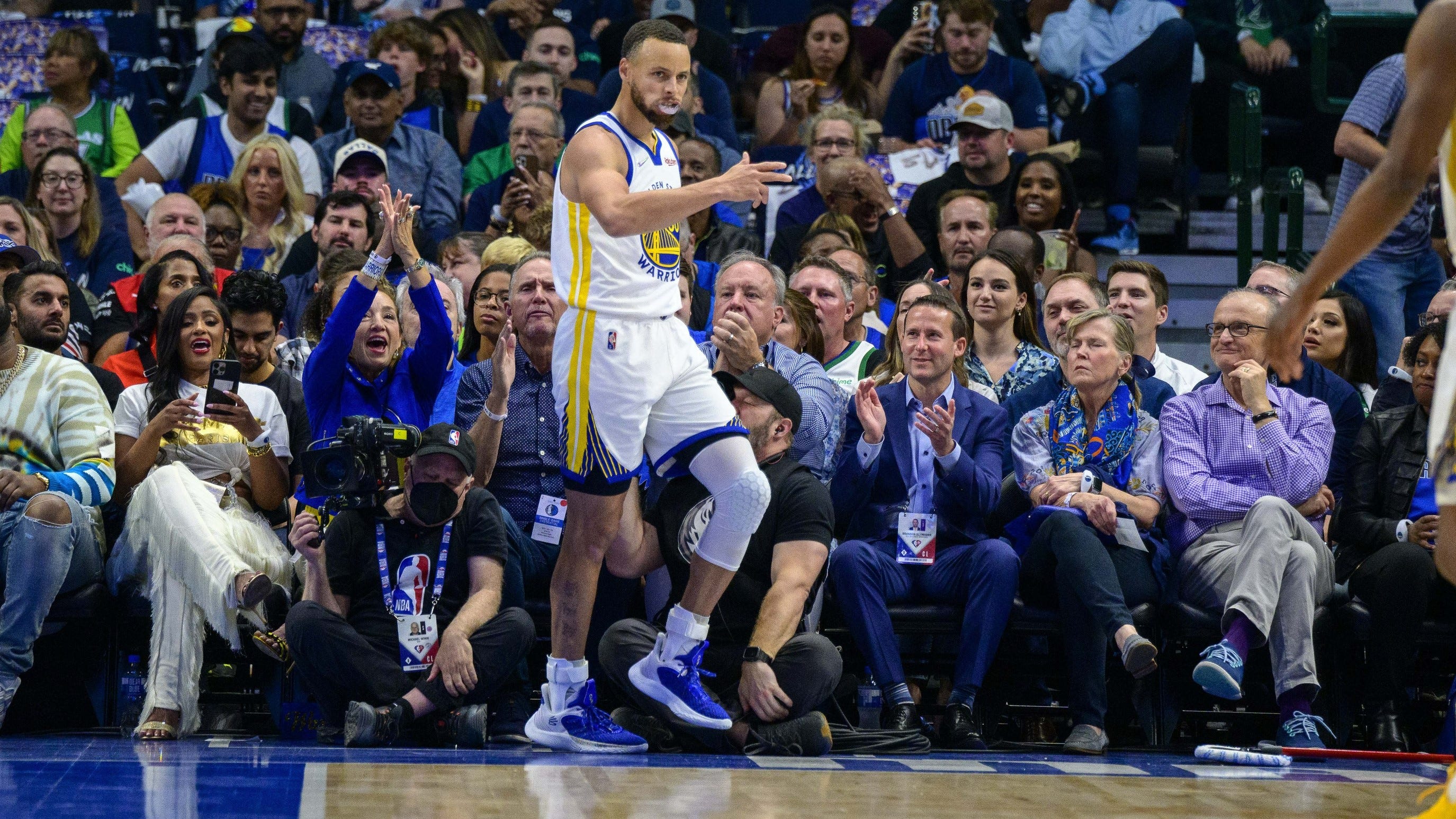 WATCH: Steph Curry gets tripped up by courtside beer vendor in Dallas